Must visit in Washington, D.C.

Washington D.C. is a gem for history and culture enthusiasts. Here are the top places of interest in Washington D.C. and all of them definitely are worth a visit! 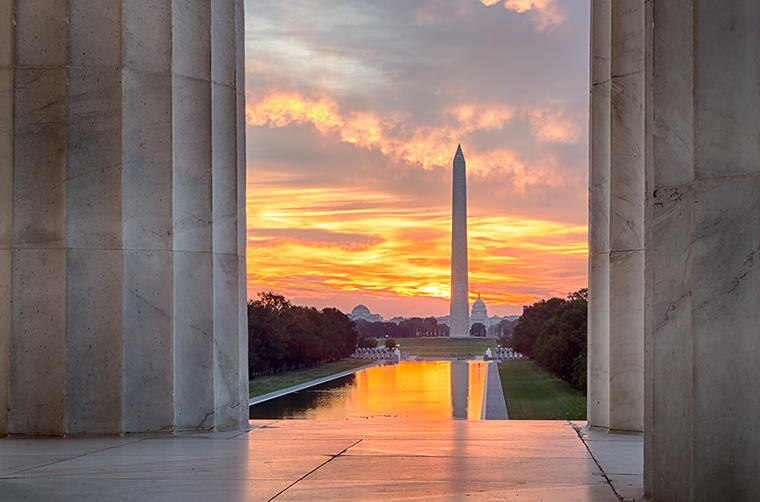 Washington D.C. is probably one of the cities that has got so much landmarks that reflect the whole characteristics of the city. The administrational heart of not only the State’s but also the world’s offer visitors a large variety of must see places, most of which have something to do with the constitutional history of the country.

A trip to the National Mall serves as an introduction to the legislative heart of the city. You can also see the United States Capitol and the White House there, too. For more information and guided tours, you can check the official website of the National Mall.

There are many museums in Washington D.C. however Smithsonian National Air and Space Museum definitely separates from the rest of them not only because of its content but also because serving as a main medium throughout the country for space education. It definitely guarantees some very exciting and fun time, too. On the contrary to what most people think, the museum definitely has a lot for adults as well.

There are many interactive activities you can participate in the museum. You can also get to know more about aircrafts and spaceships. The history of the aviation is another subject that is treated in the content of the museum. The IMAX theatre inside the museum will definitely have something to capture your attention.

In addition, the admission to the museum is free which can be considered as another advantage.

Georgetown is the district of Washington D.C that is responsible for the arts, culture, and shopping as well with fashion topics. In other words, it is possible to refer Georgetown as the heart of the city and one must definitely have walk around the beautiful cafes, stylish stores and unique markets and restaurants.

Georgetown is a historical neighborhood in Washington D.C and situated along the Potomac River. It is also the main campus of the Georgetown University and this automatically adds the young population to flaw through the streets of the area.

There are many stores, most of which are probably known to you since they are world-wide known ones, along the street and many restaurants you can taste not only the classic American but also a large variety of other cuisines’ examples.

In addition to the stores and restaurants, there are also some iconic landmarks that can be seen along the street such as the Volta Bureau and Old Stone House.

What to do in Washington, D.C.

Must do in Washington, D.C.

Must taste in Washington, D.C.