A beneficial guide for San Francisco travelers. Smart tips and recommendations for the dining options, attractions, activities and accommodation are listed. 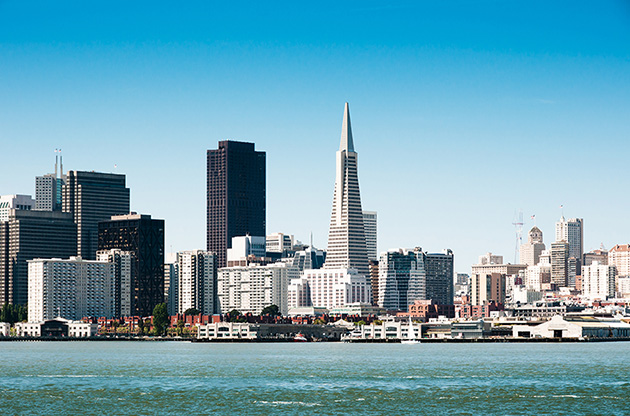 A trip to San Francisco is not soon forgotten by the lucky visitor to the city by the bay. The cable cars clanging down the winding, hilly streets, the Golden Gate Bridge gleaming in the ample sunlight and the laid back Northern California vibe that seems to ooze from every home, storefront and local that you pass let you know you’re someplace unique and special. This former hippie enclave still maintains a trendy cool that is hard to find anywhere else in the world.

San Francisco is known for its perfect weather, gorgeous row houses and hip, trendy atmosphere. The Pacific Ocean provides a backdrop to some of the most beautiful scenery in the world and gives the city a sparkling blue canvas on which to paint the stories of its diverse citizenry. The soundtrack of San Francisco is provided by the multitude of street musicians and an amazingly rich and textured music scene that features the cutting edge in musical trends in every bar, club and street corner of the city.

The salty smell of the ocean, the buzz of the people speaking animatedly at sidewalk cafes and the crisp chill in the air make a person feel comfortable and at ease almost immediately upon their arrival. San Francisco is a living organism, a place that is a genuine treasure. It is a place where vintage meets modern, rustic meets refined, cool meets warmth and compassion and all of these elements combine to make for an unforgettable visit.

Where is San Francisco?

San Francisco is a coastal city in Northern California. Cradled by the Pacific Ocean to the west, the farm fields of Stockton and Tracy to the east and the Napa Valley wine country directly north, San Francisco is the crown jewel in this diverse geographic location.

How to get to San Francisco?

Most trips to San Francisco begin by arriving at either San Francisco International Airport or Oakland International Airport. SFIA is located north of downtown and is a widely used airport for travelers to Asia and Europe. OIA is located in the suburb of Oakland and while it is less congested than flying in to SFIA, it is still a hub to Asia as well and is quite busy. Transportation from both airports is by taxi or hotel shuttle, though there are a few private car and driver services in the city that can take you to your destination in quiet, soothing luxury.

San Francisco offers attractions catering to people of all ages, backgrounds and interests. In short, there truly is something for everyone in the city by the bay.

Haight-Ashbury is the most well known neighborhood of the hippie counterculture of the 1960s. “The Haight”, as locals call it, was the birthplace of such bands as Janis Joplin and Big Brother and the Grateful Dead. Communes, happenings, “love ins”, long hair, beads and peace signs abounded. Even today the Haight retains the residual flavor of its hippie roots and is a favorite place for visitors to learn more about the generation that believed music, peace and love could free the world from the enslavement of capitalism and end war, poverty and inhumanity forever.

Chinatown is the largest Chinese community outside of Asia. The streets are lined with food vendors and open air markets, with sellers hawking their wares to throngs of visitors every day. The exotic sights and smells of the Far East are available to enjoy 365 days a year.

Shopping in San Francisco is as diverse as the city’s citizens. The city has many shopping districts; the following are the favored locales.

The shopping district of Fillmore Street is home to the city’s Jazz Festival each summer. This area is filled with one-of-a-kind boutiques, shops and Japanese antique stores whose funky wares beckon from the windows.

Over 100 farmers and 30 artisan vendors set up every week and offer the freshest fruit, produce, baked goods, cheeses and prepared foods in town. The market also has booths with vendors selling handmade soaps, candles and other unique handcrafted items.

San Francisco is truly a foodie paradise. This city is full of cultural diversity and that translates into some of the tastiest food on the planet! A visit to any of these restaurants is a culinary delight.

For warm comfort food, nothing beats the San Francisco Soup Company. Try a steamy bowl of their daily selection of twelve homemade soups. They offer vegetarian options or exotic specialties that will delight the taste buds. All of their ingredients come from local farmers and growers so each pot of soup is amazingly fresh, hot and delicious; just like Mom used to make!

This charming French brasserie is one of the local favorites. Located on Chestnut Street, Bistro AIX is best known for their delectable roast chicken breast and homemade bread.

For some of the best German food outside Berlin come to Suppenkuche. This favorite restaurant sports a minimalist atmosphere with heaping helpings of sauerkraut, sausages and a wide variety of German beers. The crowd is boisterous and the food and drink flow freely as everyone gathers for a rowdy good time – German style!

Nightlife in San Francisco is a cornucopia of musical experiences. The Fillmore East is the place to see new bands and old favorites, with live performances seven nights a week. Opera lovers will appreciate a night out at the San Francisco Opera. This historic building has seen some of the best in the industry perform on their stage. And for a night of dancing, the locals flock to Vessel, a dance club playing live DJ house music every night of the week.

Alcatraz was the most notorious prison in the United States. It is now a wildly popular tourist attraction. Ferry over to the island and take one of the many guided tours available every day. The island is operated by the US Park Service and the guides are knowledgeable and friendly. Find out what prison life was like on “The Rock” when gangsters like Al Capone were residents.

San Francisco is famous for not only its captivating beauty but also being a pioneer city in the US for the event tourism. Every year a large number of international congresses, conferences, symposiums, trade shows and fairs take place in the city and the attendees have the opportunity of both enjoying their event and experience the charm of San Francisco.

What to do in San Francisco

Must do in San Francisco

Must visit in San Francisco

Must taste in San Francisco