You can read the compact information about Denmark and its attractions on eventegg.com 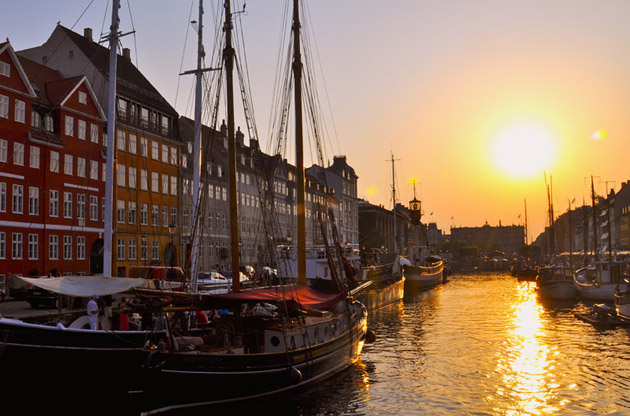 You have probably heard about Scandinavia’s fame on consisting of the countries that rank the tops in the best countries to live in. You have probably heard about how green the land is, how beautiful the people of the land are and how scenic everything looks. To be honest, the contribution of Denmark to this wonderfulness cannot be underestimated.

The elegancy of the monarchy is felt almost everywhere in Denmark and the coziness of the daily life of 5 million Danish people complete each other in such a way that it is impossible to admire this unique mixture. Both the city and the rural life is in reach in Denmark. That is one of the reasons why Danish cannot give up on the nature.

Having been home of the Vikings and a star in many wars in the history, Denmark is now enjoying evolving into a country where the human rights is more important than anything. When the perfect physical conditions of the big cities and smaller towns are added into the dense amount of forests, it becomes crystal clear why Denmark is a perfect country to live in.

There are a large number of things that make us curious about Denmark. The strange letters in their alphabet would be the first to come to mind. Danish people’s amazing knack for architecture and their highly improved sense of style are others to be mentioned. And of course, Denmark's incredible genetic code, which contribute to the beauty of the Danish, keep being a pure source of astonishment for rest of the world.

This beautiful Nordic country has got a lot to offer, in all of the five regions of it, to the visitors. You can find yourself wandering in the cleanest of streets, enjoying the Danish pastries with a large cup of coffee, mesmerized by the winter look (and yes, maybe sometimes shivering), digging into the museums and witnessing another part of the history. The last but the least, you will be surrounded by the happiness of the people living in Denmark, which will eventually warm your heart anytime you remember your trip.

Denmark is in Scandinavia, consisting of the mainland in Jutland, a peninsula on the north of Germany, and a large number of islands.

Don’t be afraid when you come across a bunch of kebab places in Denmark. Yes, there are bunch of them however the best examples of the pure Danish cuisine is not out of reach. The only thing you should keep in your mind is that Danish people prefer eating at home mostly, so the restaurants may be a bit more expensive than rest of the Europe in Denmark.

As most of the Scandinavian countries, the weather is a deterrent on the way of producing the freshest of fruits and vegetables in Denmark too. So the classic cuisine is mostly based on potatoes and meat products. You will enjoy the food especially if you are a sea food person because that is the Danish like the most after pork. Danish cuisine is really good at pastries and desserts too!

So what are the typical Danish dishes? Here goes the top five.

Denmark lets the visitors try new things out in any part of the country. While the big cities such as the capital, Copenhagen and Aarhus offers an introduction to the modern life of the Nordics, the villages and relatively smaller towns in Denmark keep on attracting the visitors with their commitment to their roots.

Most of the attractions in the country are based on sports and nature. A wide range of options, from fishing to mushroom collecting are available on the country side. In addition, hiking and hunting are popular in all parts of the country. Bigger cities have got Scandinavian style amusement parks which are promising for endless fun. Tivoli and Legoland definitely deserve a visit, for example.

As Denmark is neighboring Germany and Sweden (they share a bridge to hug each other, actually), it is also easy to visit these two countries as well as Norway.

Ladies and gentlemen, don’t shoot the messenger but you are on your way to Denmark, in other words, European Union’s most expensive country. However with a little bit of caution on your spending, it is possible both to survive in Denmark and fill your suitcase with the things you’ll buy from Denmark.

Flea markets are not as common as they are in central Europe in Denmark, but still there a couple of them in cities. Typically Scandinavian; there are not so many shopping malls even in big cities, too. You will probably do your shopping on the central districts. Make sure to check the opening hours in Denmark because they may not be the same with rest of Europe.

The country has an emerging fashion scene so look for designer clothes, as well the classic Danish silver jewelry. Porcelains and of course, Lego are popular items to buy. In addition, these people do know about the good cheese. Bringing some home is always a good idea.

The pearl of Scandinavia, Denmark has been turning into a center for international large scale events, such as tradeshows, fairs, exhibitions, congresses, conferences and symposiums. Well-equipped venues all around the country and the elaboration of the organizers make Denmark the shining star of Scandinavia in terms of international meetings. The capital, Copenhagen and other major cities such as Aarhus and Odense are visited by many event attendees every year.