Our Estonia travel guide gives you the practical information about the country, its attractions, cuisine and shopping alternatives. 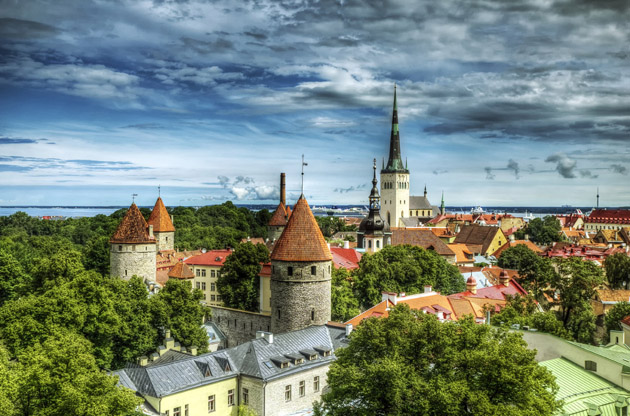 Considered as one of the top travel destinations by many travelers, Estonia is a fascinating country where Slavic and Scandinavian cultures flow into each other. In addition, the country embraces a European attitude that turns it into a cradle of many sophisticated characteristics. It is possible to refer Estonia as the ‘little giant of Baltic’ if we keep the outstanding way of living, importance given to the individuals and the accomplishments in arts and sports in mind.

Estonia has got a population of 1.3 million living in 4 regions of the country. About 400.000 of this is living in the capital, Tallinn. The cultural center of the country also serves as the main hub of attractions. Other than the capital, other major cities in the country such as Tartu, Haapsalu, Kuressaare and Narva are visited by thousands of travelers during the year.

One of the most spectacular features of Estonia is its geographical beauty. The gem of Baltic’s 47% consists of just forests. In the year 2012, the country was chosen the one with the cleanest air in the world. In addition, there are more than 1200 lakes in Estonia and most of these offer the residents and travelers a chance to fish and take a bath in cleanest of water. More than 1500 islands are also within the territory of the country and some of them are perfect getaway chances.

Estonia’s history includes contacts with a bunch of neighboring countries. As a result of this, although the official language of the land is Estonian, there are still some schools that give bilingual education, the second being Swedish or Russian. The climate of the country may scare the ones who don’t like cold and long winters, but one must also admit this one of the facts that make Estonia this beautiful.

Your trip to Estonia will open a new world’s doors to you as the country represents a unique mixture of varied cultures and has a one of kind touch at the same time. While having a chance to explore the beauty of Estonia, the delicious cuisine will accompany you and make your stay even more unforgettable.

Estonia is located on Eastern Europe, neighboring Latvia and Russia. At the same time, the country shares sea borders with Sweden and Finland.

Estonian Ministry of Foreign Affairs gives the necessary information about the visa procedure of Estonia.

Estonian Cuisine, well of course, has been influenced from the countries who had a ruling experience on the land once. Especially Scandinavian and Russian effect can still be felt on some certain dishes today. However, Estonia has also done its best to stay connected with the unique Estonian features, which turns the dishes into bites from heaven.

The cuisine is mostly based on meat, fish and potato. Probably all the dishes you will taste in Estonia will include potato at some point, if it is not included in the dish, then will be served on side.

If you would like to have a dessert with a cup of coffee, Karask might be a good choice. In addition, don’t forget to taste Kali while you are in Estonia.

Estonia is one of the most affordable countries in Europe. That means, when the variety and quality of the Estonian items are also considered, you will need some extra space in your bag on the way home.

International ATM and credit card coverage is high in Estonia, you don’t have to worry about having enough cash with all the time. In addition, there are bunch of exchange offices and banks all around the country. You can switch into Euro anytime you want in the country.

Travelers enjoy purchasing ceramics, knits, linen and smithery wares in Estonia. Especially the handmade ones represent a unique craftsmanship. Amber is also among the popular items to be purchased from Estonia however it is not really Estonian. Most of the amber products sold in Estonia are from whether Poland or Lithuania. Don’t forget to buy some chocolate and a few bottles of your favorite Estonian drink.

Thanks to its rich history and natural treasure, Estonia is a cradle of attractions that may be suitable for every taste.

Botanical gardens, lakes and parks are countless in the country and all of these give the travelers an idea like they are looking at a painting. The castles and palaces take the visitors to a trip in the time. The museums in the country have got exquisite content, the historical and worship places show the architectural features of different civilizations that the land hosted throughout the history.

In addition to a major number of attractions in big cities, daily getaway destinations in Estonia give the travelers to see a different side of the country. No matter what you would like to see during a trip, Estonia guarantees that you get it.

Estonia has been getting an increased attention from the travelers not only because of its historical and natural beauty but also because it is getting a more important place on international meetings scene day by day. Especially, the capital Tallinn and the other major cities, become the host of many predominant congresses, conferences, symposiums, exhibitions, tradeshows and fairs every year. The elegant hotels and the fully equipped conference halls and centers make Estonia a top choice for these events when the geographical location of the country in Europe is also taken into account.