Smart advices for the activities, tours and attractions in UK. Accommodation and dining alternatives are also listed. 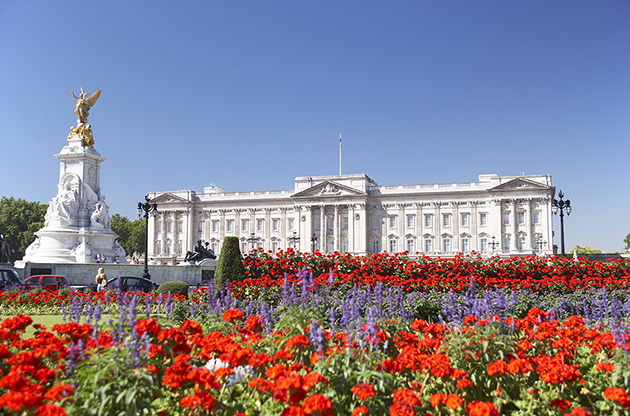 England: The Muse of the Great Minds

She closed her book, blew out the candle and snuggled in her bed when the candle was still smoking.

When she opened her eyes, she was walking under the shadows of a huge castle of England, of Scotland maybe, with a long dress. The hemline was a bit muddy since the weather was rainy. She heard the swords clanging and saw the British knights battling.

She shut her ears to this quarrel and started running. She leaned on a sarsen stone when she got out of the breath in Stonehenge.

Shakespeare was holding a quill pen leaning on a tree in Bancroft Gardens, in England probably writing one of his plays. She passed him by and kept moving to see the Buckingham Palace in London and the queen in her balcony and saw the changing of the guards.

The British sun had started to set when she came near the River Thames in London and she was fascinated by the view of Tower Bridge. The notes of the Beatles’ songs were on her ears and the laughter of the people in the English pubs.

The crowd coming from Shakespeare’s Globe started to disperse. Some of them took the black cabs, some other got on the red buses. She also got on a red bus that will take her deeper into her dream.

Can one think that all these great minds like Shakespeare, Virginia Woolf, Charles Dickens or the most talented musicians like Eric Clapton and David Bowie and the bands like Pink Floyd, Queen and The Beatles are from Britain for no reason? The gloomy weather, historical wealth and the noble atmosphere of Britain or United Kingdom may probably be the source of their inspiration.

Being the country where legendary William Wallace sacrificed himself for, Scotland makes you travel in time. You may fly from Middle Ages in the northern part to the 18th century in Edinburgh and then to 19th century in Glasgow, both of which are the pride and joy of Scotland.

Get the chance to sip the world famous drink whiskey, listen to bagpipes, watch rugby matches and get lost in the limitless green lands and gloomy castles of Scotland. Looking for company? A Scottish man with a Kilt will guide you.

The country of Prince Charles and Lady Diana, Wales, the country of perfect nature, music and dance will make you feel the life deep in your cells. Combining its culture and history to the daily life in harmony, Wales is a strong candidate to be your new obsession.

Where is Britain (or United Kingdom)

Surrounded by the Atlantic Ocean, North Sea, English Channel and Irish Sea, United Kingdom (or Britain) is a great island that is located on the northwest of Europe.

Attractions in United Kingdom (or Britain)

Located near Salisbury, England, Stonehenge still remains as a mystery of ancient times. We advise you the get the chance to discover this great mystery.

Known as the birthplace of William Shakespeare, Stratford upon Avon is the place where you can inhale the pure England with its special architecture and historical fabric.

Housing a historical Roman bath naming after, City of Bath is a world heritage city of England. It is worth extending your trip to see this hidden paradise. One more to mention, Madonna, Elton John, Sting and Johnny Depp are the householders in this city.

Being the first capital city of Britain, Stirling is also known for the places where William Wallace was betrayed in the war. If you are into Middle Ages, Stirling will charm you to the bones with its magnificent castles and vast green lands. Golf is another thing that Stirling is associated with.

Loch Lomond is home to over 60 islands and has its own ecosystem. It is known for being the largest fresh water source in Britain.

Being home to the amazing castles, dreamy beaches and beautiful nature, Pembrokeshire of Wales will satisfy your eyes.

If you like to revive your childhood dreams, castles in United Kingdom (in Britain) are still there, alive. Feeling yourself like you have been time travelled, or like you are in a tale is possible with visiting the castles of England, Scotland and Wales. The top ten castles in Britain are:

The things below will remind you the best moments you had in Britain.

As fast food, fish and chips is also remarkable in English cuisine while fudge and pastry products like scones are indispensable.

In Scotland soups are diverse and cock a leekie is the most famous one. Aberdeen Angus is a world-renowned dish and you should give it a try. Haggis is another food that Scotland boasts, which is made of lamb.

Made by using lamb or leek, Cawl is the traditional dish in the Welsh Cuisine. Cockle and Laverbread are also among the Eelsh dishes that you should give them a try.

Although UK is a member of European Union, Schengen Visa is not valid in England. To find out if England requires visa from your country, you can simply click on the UK Border Agency’s website.

Thanks to its remarkable countries and the cities, UK’s (or Britain's) part in the event tourism pie is big. Being region of history, culture and tradition, UK provides a perfect setting for creative and innovative meetings.

In England, Scotland, Wales or Northern Ireland, there are numerous high class hotels, castles and venues that can host large scale events. Conferences and congresses in UK, just like the fairs, exhibitions, tradeshows or symposiums gain worldwide reputation each year and add much up to the participants and the sectors.