Get prepared for your trip to Japan by reading the detailed information about the country, its cuisine and attractions here on this page. 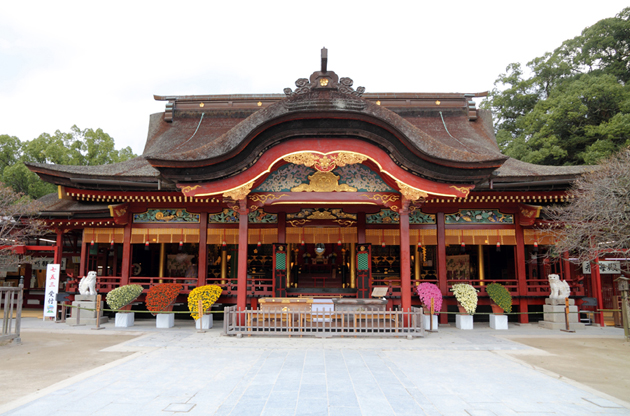 The land of the rising sun, Japan has been the set of your dream holiday at least for a couple of times. When the amazing culture that is infused in the daily life of the lovely Japanese people, the delicious cuisine of the land and the cities which are both ultra-modern and traditional at the same are taken into consideration, it is not hard to understand why.

Japan is a country consisted of islands on East Asia. With 9 official regions, this amazing country is home to 127 million people most of whom practice weather Shinto or Buddhism. Although Japanese is the language of the country, there is no official language of Japan.

The capital of the country is the magnificent Tokyo and it is the main center for all sorts of activities in Japan. It is also the home to Imperial House of Japan and the government. The city is also the largest metropolitan area in the whole world. The ethnic characteristic of the city that is mixed with the from-future like soul make it an amazing place to explore. However, Japan has also got a lot of cities that fascinate the visitors with their natural charm; Hiroshima, Kyoto, Nagasaki and Osaka are only some of those.

Home to some of the most predominant forms of art and sports, such as Manga, Haiku, Geishas and Sumo Wrestling, Japan has a huge impact on the technological devices we use, the food we eat and the inventions we stare with amazement. In addition to these, the country is also assertive in literature and movie industry too. The wonderful Haruki Murakami and the famous director Takeshi Kitano are only 2 of the people who stand as the proud of Japan in their fields.

It is not possible to run out of things to explore and be fascinated with in Japan. In every region of the country, in all the streets of the city you are visiting you will be reminded that you are in a different part of the world that has no resemblance to any other. A trip to Japan always guarantees a remarkable time of your life which will be remembered with the joy of discovery.

Japan is an island chain located on Eastern Asia, between Sea of Japan and North Pacific Ocean.

Maybe the most remarkable part of your trip to Japan is going to be the times while you are enjoying the exquisite examples of the Japanese Cuisine. This cuisine which is based on the usage of the traditional ingredients cooked in a special way (sometimes not cooked at all!) cannot go any more delicious than it is in its home.

If your choice is from the rice dishes to start with then you may try Donburi, Onigiri or Kare Raisu. Of course, the most famous noodle dishes such as Soba, Udon or Yakisoba must also be given a try. Hot pot dishes, known as Nabe Dishes are also an important part of the cuisine. Oden, Sukiyaki and Shabu Shabu are among the famous ones.

Some of the most delicious meat dishes of the Japanese cuisine are Yakitori, Tonkatsu and Teppanyaki. An important part of the Japanese dishes, the famous ingredients such as tofu, miso and natto are made out of soybeans. Hiyayakko, Agedashidofu and of course, Miso Soup should be included in your list to taste.

The last but not the least, yes, the sushi. I am sure you will be fascinated by the variety and the actual taste of it. Don’t think of going back to your country without drinking some Sake, also known as the Rice Wine.

This much awesomeness comes with a price to pay of course. Well, Japan is actually one of the most expensive countries in the whole world. However, it offers so much variety to buy that it is almost inevitable to stop yourself from shopping.

Don’t trust on your ATM card so much while in Japan even it has some of the most famous logos on it. It may not work so prepare your pocket accordingly. Even if your ATM card works surprisingly well, remember, the ATMs are closed at night and in the weekends. Post offices on the other hand gives the most available ATM services. In addition, keep in mind, Japan is a country where most of the places would only accept cash, especially smaller stores and restaurants.

So, what to buy from Japan? Well, the complete list would probably never come to an end so let’s try to mention the most popular musts. If you are a fan of anime or manga, then you’ll feel you are in heaven while in Japan. Electronics, video and pc games and cultured pearl are abundant in the country. Maneki Neko, Tenugui, Yukata (similar to Kimono), Wagasa (traditional Japanese umbrella), Chopsticks, Japanese Dolls, Koma and Noh Masks are among the top souvenirs in the country.

I hope your trip is going to fall within the season of Cherry Blossoms in Japan. It is one of the top attractions among the travelers however I can assure you it deserves all the praise. The smell and the amazing look of the Sakuras are simply breathtaking.

Climbing Mount Fuji is something everyone actually thinks about adding to their bucket list but maybe you can make it happen. Rafting in Iya Valley, skiing in Japan Alps or spending a night at Mount Koya, in one of the holly temples are only a small part of the things you can do in Japan.

Climbing the 2446 steps to Haguro Mountain and visiting the Daisetsuzan National Park are also among popular attractions in Japan.

Not only because of the fascinating cities and towns of it, but also because of hosting amazing international events, Japan has been a top destination for a lot of travelers every year. Large scale congresses, conferences, symposiums, tradeshows, fairs and exhibitions that are held in Japan contribute to the country’s fame in the worldwide. Amazing venues and exhibition centers accompanied with organizational expertise turn Japan into an international meeting center. Recently announced, also the home of the 2020 Olympics, Japan is an irreplaceable country for the event attendee.