A complete travel guide for Russia. Things to do, Russian cuisine, accommodation options and the general information about the country is provided. 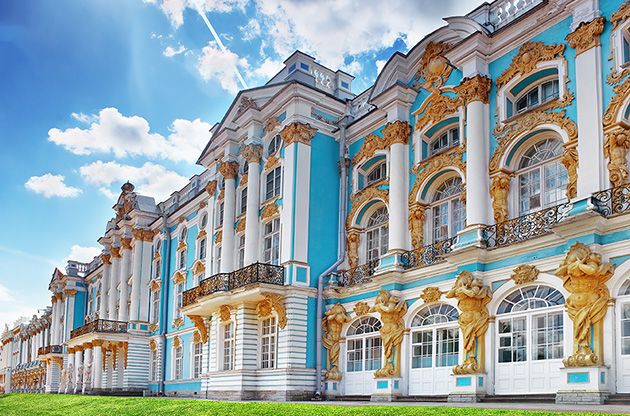 Many travelers come to Russia with the intention to visit its most famous cities - the dynamic capital Moscow with its Kremlin complex and the beautiful St. Petersburg with its White Nights, but Russia is much more than that. Being the largest country in the world, it occupies one eight of the total inhabited territory on the globe, covering a large part of Eastern Europe and northern Asia.

It is divided into nine regions and has eleven time zones, being home to endless forests and long rivers full of wildlife and fish, snow-caped mountains and volcanos, tundra and grasslands, as well as the vastest freshwater lake on earth. The country ranks ninth on the list of the most populous states and has 143 million residents.

After the dissolution of the Soviet Union, travelers got the chance to explore this vast and much captivating country, to dwell into its ancient history and culture, to contemplate its architecture, art and nature and even to try the traditional Russian steam bath. Today the country is celebrating its glorious past, traditions and wealth and is open to the possibilities and potential that lay in front of it.

It is vital and diverse, hospitable and charming… a country that will simply amaze you. Do not expect to cover it all in one trip. This is not possible, especially if you want to explore the vast outdoor area in Siberia and the Russian Far East.

Russia welcomes millions of travelers each year. In order to find out more about the visa regulations in the country, the Russian Embassy website provides the necessary information.

How to get around in Russia?

The territory of Russia spreads over more than 17 000 000 sq.km and could be reached by plane from all over the world. Its railway system is reliable and very comfortable, especially if traveling across vast distances during the winter.

The services of the bus companies and the ferry boats are also quite common to use. Travelling by car in this country could be tricky as many of the roads are not well marked and not well maintained.

There are a few places that are an absolute must-see in Russia and a trip would not be complete without you visiting them. These include the Kremlin complex, the Red Square and the Bolshoi Theatre in Moscow; the Hermitage Museum, the Peter and Paul Fortress and the Mariinsky Opera and Ballet Theatre in St. Petersburg.

Russia has numerous nature treasures among which there are the Lake Baikal in Siberia, the Kuril Islands south of mountain area Kamchatka, the tallest mountains in Europe – Northern Caucasus, the luxurious Sochi winter resorts, the hundred nature reserves and national parks.

Russia has long traditions in the music sphere as well with an impressive list of world-famous composers and music performers. Classical music is very popular and is played in all opera and ballet houses. The country also has many talented artists, thus attending a theater performance in Russia could be a real pleasure.

Russia organizes many events and international cinema festivals each year, attended by famous artists from all over the world.

The cuisine of Russia is very rich and diverse in taste, characterized with combinations of fish and game with mushrooms, honey and berries. Russians love to eat pancakes and breads, stews and soups, with the most famous specialties from the Russian cuisine being the pelmeni filled with meat, the thin buckwheat pancakes called Blini, the small buns Piroshki, the garlic and beet soup Borsch, the shashlyk kebab and so on.

In the big cities besides the traditional meals from Russia, you can also find dishes from many international cuisines – Italian, Japanese, etc. It is advisable to avoid tap water while in Russia, better get bottled water.

As the tradition goes, while in Russia have tea in the afternoon and try the local vodka in the evening.

Russians love to shop. They had large shopping centers in the past that are now renovated and many new shopping malls that were built in the recent years.

The country is famous for the fur coats and hats, the golden jewelries and the interesting souvenirs that remind of the glorious imperial past of Russia or the communist era in the period of the Soviet Union.

The most famous souvenir that one could bring home from a trip to Russia is the Matroshka doll – seven dolls made of wood and painted in the colors of the traditional Russian costumes that differ in size and are stored one into the other.

Russia is an enormous country with huge impact on the world economy. Each year in the major cities of this country are organizing various trade shows, fairs, exhibitions, conferences, and more. Many local and international companies host here symposiums, congresses and seminars, arrange important business meetings, etc.