The Point Zero of Denmark: The Round Tower

The Round Tower in Copenhagen is the oldest functioning astronomy observatory in Europe and more! Are you ready to take a closer look at it?
29 Apr 2014 | Sezin TUNCER | denmark, copenhagen theroundtower 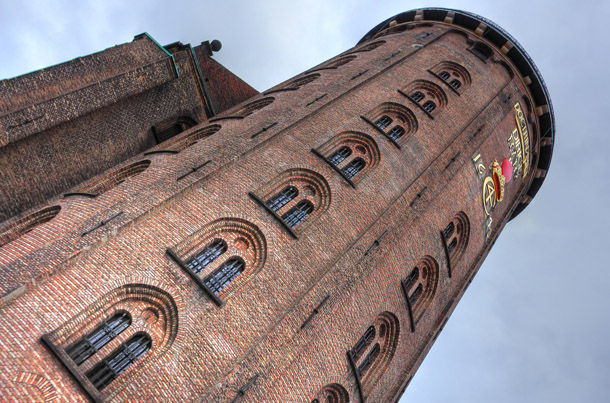 Copenhagen is one of the most attractive cities in Europe, for sure. Its cultural heritage, magical atmosphere, its style of architecture and the energetic soul captivate you in the very moment you step in. Once you have been there, you will hardly forget this beauty. However, I know one place standing just in the middle of Copenhagen that will fascinate you to the bone and will make you dizzy only by itself. The Round Tower or Rundetårn in Danish is waiting for you with its splendor. So, why don’t you take a closer look at it along with me?

In 1642, in the era when astronomy grew in importance in Europe, The Round Tower was built by Christian IV as a part of the Trinitatis Complex which inheld an observatory tower, a church and a library. And the complex was damaged in the great fire of 1728. However it was restored.

When the observatory tower could no longer be used due to the vibrations caused by the traffic or the light pollution, Christian Hansen designed a new observatory which was inaugurated in 1861. 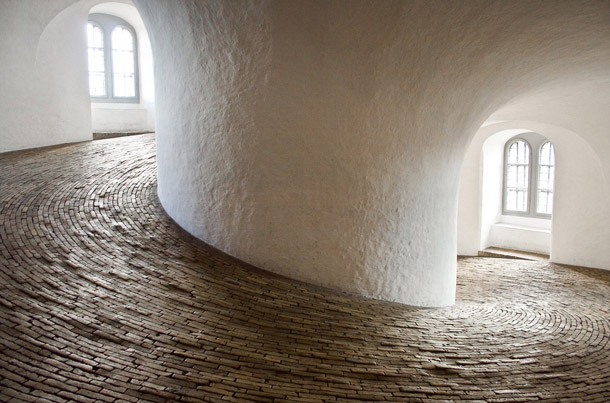 The Round Tower’s architecture is surprisingly unique. There is no elevator or stairs inside. If you like to climb the tower, you need to walk on the Spiral Walk which is 209 meters long and encircles the hollow core of the tower 7.5 times. You may now be thinking what that hollow core is. Imagine the tower as a pipe and the storeys located around it. And if you don’t have acrophobia, you can climb to the top floor and look 25 meters down from the glass floor which covers this hollow core! One more surprising fact is that in 1760s this hollow core was considered as the point zero of Denmark.

Well, why do you think this kind of an architecture was chosen instead of simply using stairs? The answer is interesting. A horse couldn’t climb up the stairs so carrying the heavy instruments to the observation tower would be impossible. So this unique ramp design was used to carry the books to the library or the instruments to the observation tower.

The library that I’ve just mentioned is also located halfway up the Round Tower and was opened in 1657 having nearly 10000 books. However, it went under a restoration in 1987 and it is now used as a venue for cultural and artistic events.  If you like to get the most of the tower, you can catch up with the events calendar on the official website of The Round Tower when you are in Copenhagen. 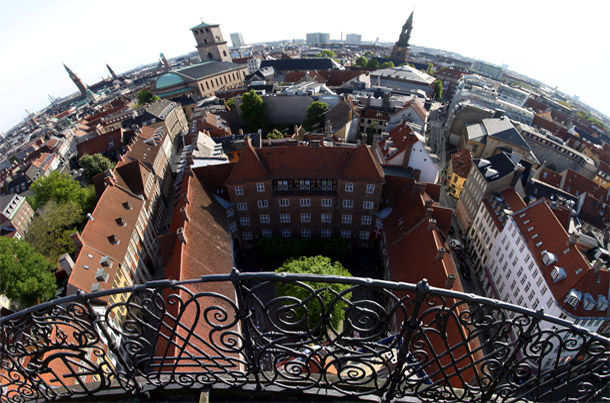 The Round Tower is both the oldest astronomy observatory in Europe and one of the most important setting of Danish history. Today, it appeals to amateur astronomers as a public observatory, to general public and history lovers as a historical monument and to art lovers as a cultural events venue. And if you are in Copenhagen in spring, it means that you are so lucky to witness the famous unicycle race in the Round Tower.  The contestants have to climb up the Spiral Walk as fast as they can! Do you wonder the world record ever set? 1 minute and 48.7 seconds. I guarantee that The Round Tower will probably take up the largest part of your Copenhagen memories!