Houston, Texas city guide packed up with the freshest information about the city's attractions, major points of interest, dining&shopping areas and more. 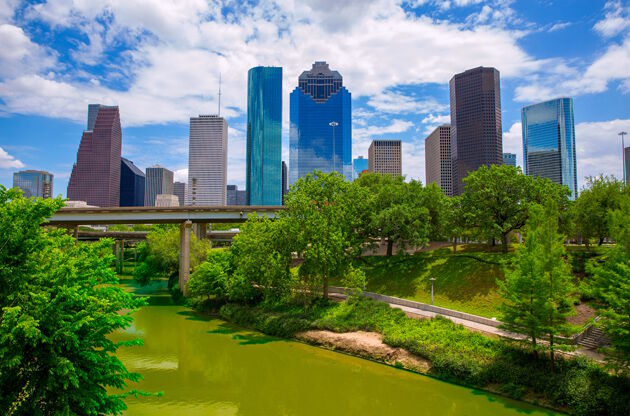 Houston, Texas, is one of the biggest cities in the USA. As a traveler, the first thing which you will notice about the city is that it is huge. It covers a whopping area of 600 square miles and gives a new meaning to the term “urban sprawl”.

Apart from its huge size, Houston boasts of a vibrant and multicultural community. It is also one of the best destinations for holding meetings and conferences because the city and its residents are very serious about business. Other than business, the city is also a favorite destination of art and food lovers! Talk about being diverse in every way!

This is the city center and is the home of all big businesses and finance companies. The number of Fortune 500 companies headquartered in Houston is only second to New York City. Other than being the hub of business, the downtown is also home to the Houston Symphony and the Houston Ballet. This is exactly where the city is different from other cities in America. It is an effortless mix of business and pleasure.

North Loop is home to some of the biggest bungalows built in the 20th century as well as to Victorian ones. This district is the choice of residence for many performers and musicians.

The South Loop comprises of the biggest medical center in the world (Texas Medical Center) and also consists of other attractions like the Reliant Stadium and Hermann Park. “The Rice Village” is located in this district and is a hot spot of bars, shopping and restaurants.

This is where some of the most affluent residents of the city live at and it is also famous for the “Galleria” - a popular high-end shopping mall.

Home to the LGBT population of the city, this district offers a diverse shopping and nightlife experience to the visitors.

Houston is located at the south-eastern part of Texas. Closest cities include Dallas and San Antonio.

Getting to Houston is very easy as the city has as many as four airports, of which two are big and two are small. The biggest airport is the George Bush Intercontinental Airport which serves 25 national and international airlines and is also the hub of United Airlines.

As mentioned before, different districts of Houston offers different types of entertainment. While on a tour of the city, it is best to get around by car because of its size.

This is the thing every traveler needs to get while visiting Houston. It is a city pass offering entry to six popular attractions of the city. It is valid for nine days and entitles you to discounts up to 49%. The six attractions include the following:

Houston is haven for all those who love shopping. As mentioned above, the Galleria is the most sought after destination for shoppers in Houston. Along with housing brands like Cartier, Gucci, Bebe, Saks Fifth Avenue, Louis Vuitton, Ralph Lauren, the mall also boasts of nail salons, restaurants and as many as 375 stores! International shoppers have the luxury of shopping here without paying any taxes.

Other top shops of Houston include:

Dining and Nightlife in Houston

Houston at night is truly an affair to remember for anyone who is lucky enough to experience one. There is the option of tasting the local beer at the Saint Arnold Brewery, which is the oldest brewery of Texas (sadly only during the day). The Brewery offers free sample beer to each and every guest.

The dining scene of Houston includes everything from coffee shops to Vietnamese cuisine. Most restaurants in the Downtown area are open till 3 am and you can always crash at any one of them after enjoying a few rounds of bowling at the “Lucky strike lanes” bowling lounge.

Some of the popular options in Downtown include:

Excursions and Tours in Houston

Houston, as well with being a tourist hub, has also gained importance as an event city in the recent years. Thanks to the good quality hotels and the venues equipped with the latest technology to meet all the needs of international congresses, conferences, symposiums, fairs and trade shows, Houston is now among one of the best cities to hold large scale international events.