11 Most Spectacular Sculptures That Are Ever Made

The most interesting sculptures that are ever made are here to amaze you!
04 Feb 2014 | Sezin TUNCER | weirdsculptures 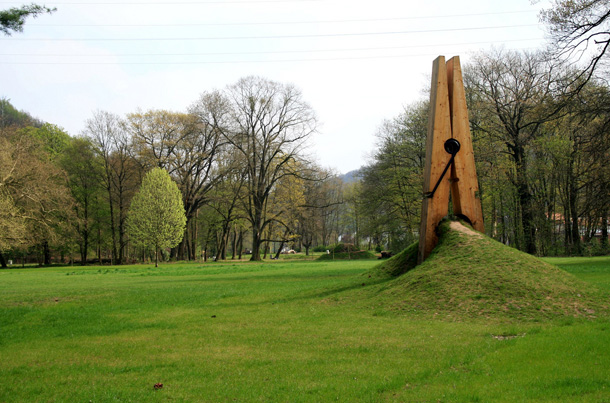 Designed by Mehmet Ali Uysal, a Turkish artist, this giant clothespin seems to hold on to a mound of grass. Built for the Festival of Five Seasons, this splendid sculpture is situated in Chaudfontaine Park in Belgium.

Landed in the roof of a house in New High Street in Oxfordshire on the 41th anniversary of the atomic bomb in Nagasaki, The Headington Shark is still there to expressing anger, desperation and impotence as the commissioner of the sculpture and the owner of the house Bill Heine describes. 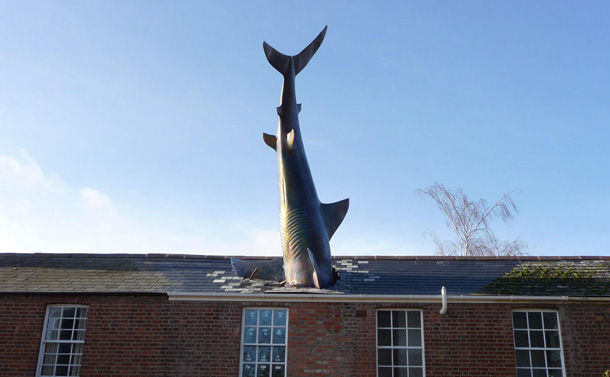 Being 12 meters high, The Broken Chair is situated in front of the Palace of Nations is Geneva. This giant chair was constructed by Daniel Berset at the request of Handicap International in 1997. The aim was to urge all countries to sign Ottowa Treaty and ban the landmines.

Stuck in the Lake Geneva’s north shore in 1995 for the 10th anniversary of The Alimentarium Museum, The Fork is now an iconic landmark of Vevey, Switzerland. Though it was aimed to be temporary, the people of Vevey loved it so much that it was eventually declared to stay there permanently. 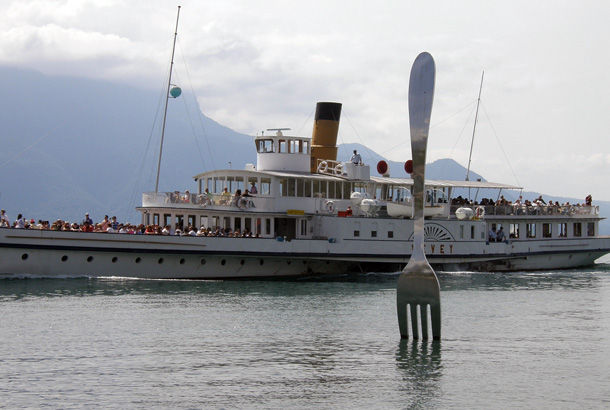 Created by the artist Gino de Dominics, “Calamita Cosmica” meaning the “Cosmic Magnet” is a giant skeleton having the perfect proportion except for the nose. In 2007, it was first appeared in the Palazzo Reale in Milan and now this 28 meters long skeleton is located in the Museum of Contemporary Art in Rome. 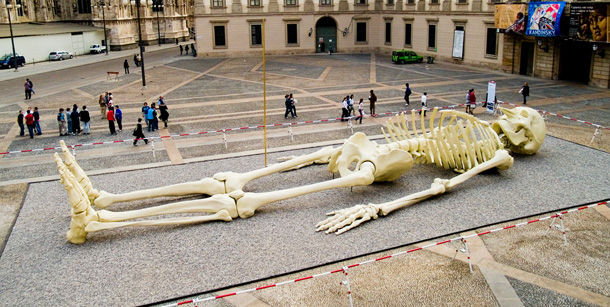 Created by the renowned artist Oliver Ross, The Bather was landed in Inner Alster Lake in Hamburg in 2011 and it was on display for only 10 days.

Located on Parada 4 at Brava Beach, this giant hand depicts someone drowning and it is aimed to be a warning sign for the swimmers. Made by Chilean artist Mario Irarrázabal in 1982, The Hand is now Uruguay’s most reputable landmark. 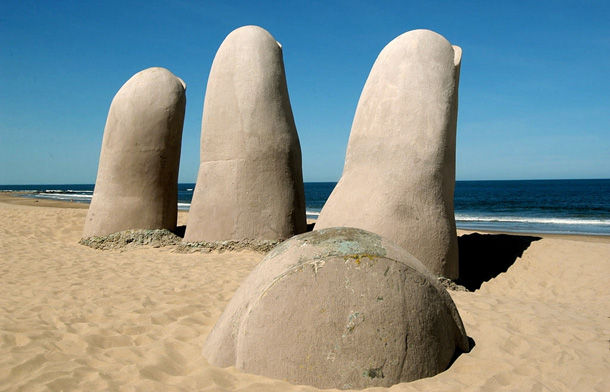 Created by César Baldaccini, The Thumb is located in the La Défense Quarter, Paris. One more thing to mention, the artist modeled after his own thumb by making this 12 meters long sculpture. 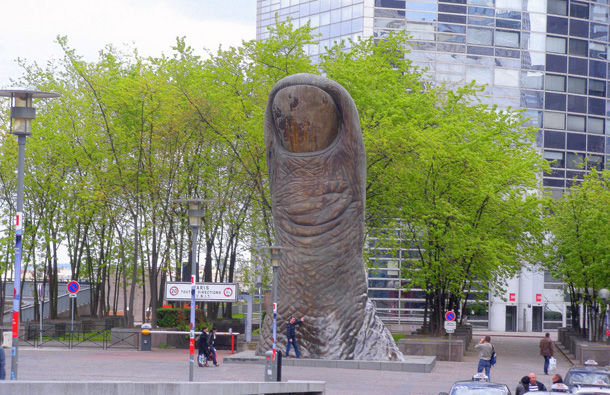 Commissioned by Neumarkt Galerie and created by renowned artist Clause Oldenburg in 2001, strangely enough the Dropped Cone was aimed only to draw attention and make people around to consume ice-cream.

10. The Upside Down Monument of Charles la Trobe – Melbourne, Australia

Located at La Troba University in Bundoora, the Upside Down Monument of Charles la Trobe was created by Charles Robb. As he explains, the monument was there in the university to remind people that universities should turn ideas on their heads, too. 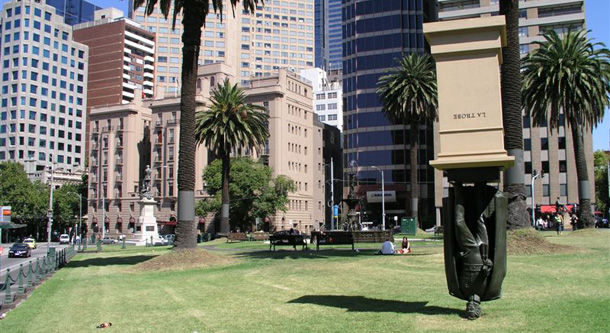 Created by Claes Oldenburg and Coosje van Bruggen, Cupid’s Span was stuck into near the Bay Bridge in San Francisco in 1992. It is said to be inspired by the San Francisco’s reputation as the home port of Eros. 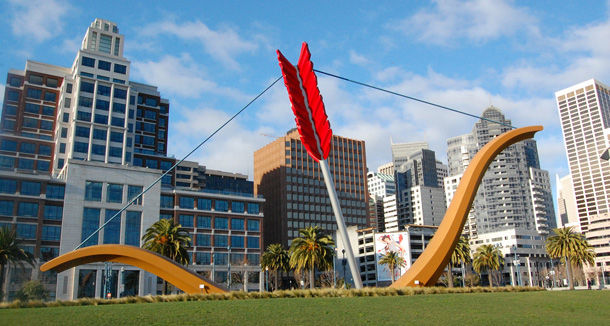