Must visit in New Orleans 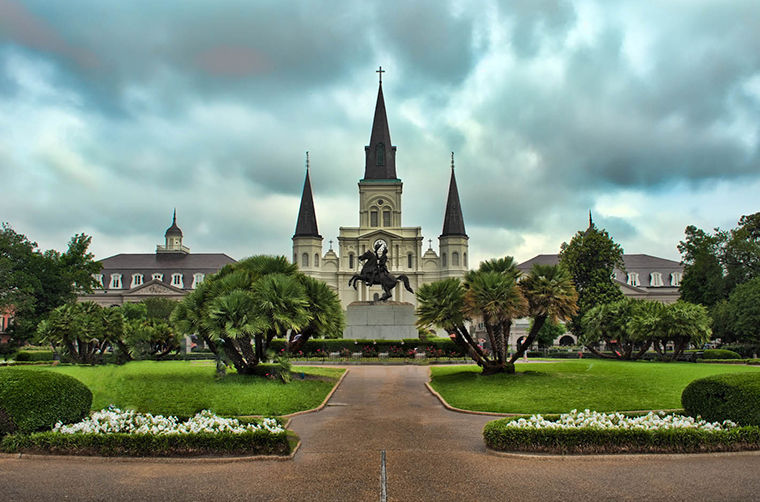 New Orleans, or Nola as it is called by the locals, has got so many places that deserve a visit. If you are short of time and want to make the best out of your time in the city however, you should start with going to French Quarter, the most popular place among the visitors and the locals of the city.

French Quarter is the neighborhood where New Orleans began to grow after it was founded by Jean-Baptiste Le Moyne de Bienville in 1718. The atmosphere of the Quarter is mostly shaped by the historical buildings that date back to 18th century and most of them are great examples of the Spanish architecture since they were built when Spanish were in power in the city.

Designated as a National Historic Landmark, the Quarter has got two major points that must be checked out when visited. The first is the Jackson Square and the second is the Bourbon Street. Both of these are filled with a large number of attractions, shopping possibilities and local & stylish cafes to grab some lunch or have an afternoon drink.

If you visit the area specially for eating, you must check Antoine's and Tujague's. They are the two landmarks of the French Quarter not only because they serve fantastic bites, but also because they have been in the business since 19th century.

Every city in the world has got at least one majestic museum that must be visited and New Orleans Museum of Art proudly accomplishes this for Nola. Even if you are not into museums that much, this one will grab your attention from the moment you start your exploration between the halls.

Located on 1 Collins Diboll Circle, the museum was founded by Isaac Delgado and used to be called Isaac Delgado Museum of Art in 1911 when it was opened to public. With addition of 3 extra levels on the left side of the museum in 1970, NOMA has started to gain more popularity not only in Louisiana but across the country.

There are more 40.000 pieces of art in NOMA today and these date back to Early Italian Renaissance to modern era. In addition, the museum holds wonderous and rare exhibitions which help the increasing reputation gained in the recent years.

NOMA differs from the other museums with its huge collection of antique furniture. It is possible to see American furniture from 18th and 19th century as well with a large number of 18th century French furniture. In addition, the antique chair collection provides an interesting experience.

If you would like to visit the museum, the official website of NOMA provides all the details you may want to know.

St. Louis Cathedral or Cathedral-Basilica of Saint Louis, King of France with its official name, is one of the oldest churches in the United States. The construction began with a church in 1718, and 1793 it was raised to the cathedral rank with the addition of the 2 other churches. In 1850, the cathedral went under a major reconstruction, with being stick to the main structure.

It is located on 615 Pere Antoine Alley, and the façade can be seen from the Jackson Square. It is a must see place in the city, since it can be considered as one of the historical icons of Nola.

What to do in New Orleans

Must do in New Orleans

Must taste in New Orleans