A detailed Hannover travel guide consisting of recommendations for the things to do in Hannover, attractions, the best restaurants, shopping places and tours. 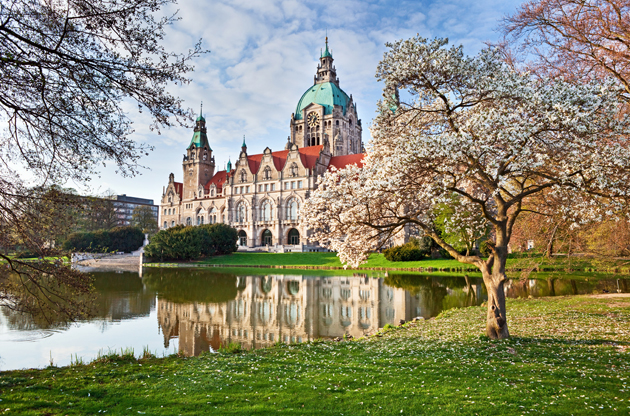 What comes to your mind when you hear the name of this city? A city in Germany? Hannover Messe? The city of fairs and expos? Or tranquility?

Hannover is all and more.

The city is bordered with Göttingen, a university city on the south and Wolfsburg on the north, which is known as the city Volkswagen factory is established.

Even though Hannover is not that renowned for its historical landmarks, since most of them was demolished during the World War II, there are numerous cultural activities like tradeshows and fairs during the year. These events are the biggest source of the tourism income of the city.

Being the capital city of the federal state of Lower Saxony, Hannover is located on the northwestern part of Germany. Having amazing architecture and large green fields, this is a city of tranquility.

Life is Slow in Hannover

Hannover is a plain city divided by River Leine and an artificial lake called Maschsee is located in the heart of the city. Having the largest city forest in Europe, this city is fascinating with its natural beauty and mild weather.

Bicycle is the most favorite vehicle in Hannover since it is a plain city and the weather is favorable. So get ready for a scene in which the streets are full riders and for a peaceful and slow life in Hannover.

The City of Tradeshows and Fairs

Hannover is the leading city in terms of hosting fairs, tradeshows and exhibitions. Each year, numerous of them are held there some of which are really important events like Cebit and Expo, IAA and the world’s biggest industrial fair, Hannover Messe.

It is located on the north of Germany and have borders to Göttingen and Wolfsburg.

How to Get to Hannover

You can get to the city easily either using Hannover Airport or the other international airports located on the north of Germany.

Railway is another option for getting to Hannover. You can check the timetables on the official website of the German rail .

Since it is located in the interchange of important highways in Germany, you can use motorway to get to the city.

Things to Do in Hannover

Hannover is a perfect city especially for golf, cycling and sailing. There are many golf centers in the city since golf is one of the most important sports activity in this city.

Steinhude Lake is favorable for sailing and with nearly 1000 km of cycle path, Campo Aktiv Arena offers you a great diversity of activities.

Located in the heart of the city this market hall is the place from where you can buy anything from vegetable and fruit to fish and wine.

If you like fashion shopping, you will love this boulevard. Not only Hannover’s but also Germany’s most famous boulevard deserves your visit.

Kröpcke is the name of the area surrounding the park located in the city center. There are many big stores offering you uncommon products, especially as souvenirs.

You do not need to go to as far as Africa to see wild animals. If you feel like you are in the safari mood; you know what to do. Visit Wisentgehege Springe where is the home for bears, wolves and otters.

For unforgettable impressions in exotic landscapes, you should visit this amazing zoo to see over 2600 animals.

Nightlife here, is always colorful. Not only in weekends, but every evening, nightclubs offer a great diversity of entertainment for each kind of people. Here are some of our recommendations:

Located in Nikolaistraße, Bolero gives you more than the summer feeling. Looking for trendy parties and high class events in Hannover? Here is what to do. Come in Bolero and enjoy.

Get ready for a dinner on the water! Situated on Maschsee Lake, Pier 51 offers you the best Mediterranean Cuisine.