Amsterdam is limitless in terms of must-visit places but if you are in short of time, make sure you visit at least these 3 places! 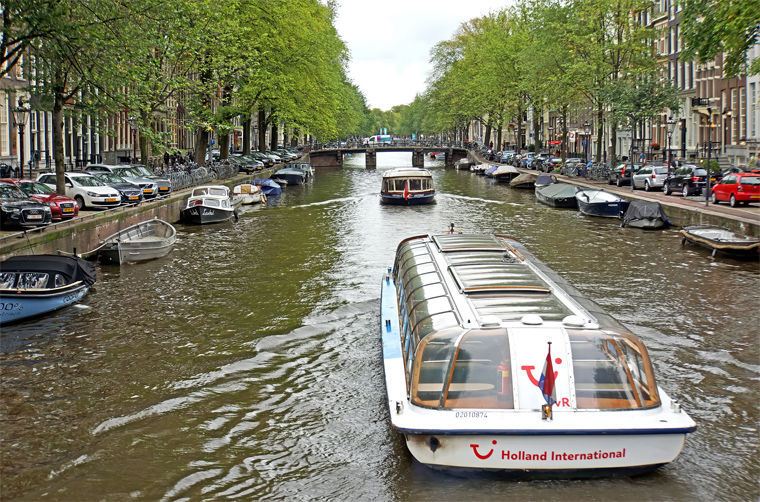 Rijksmuseum is known as the most popular museum in Amsterdam. Since it opened its collection to the public in 1800 it went through many transformations and renovations. Now it serves in its splendid building that is designed by Petrus J.H Cuypers, a Dutch artist. In Rijksmuseum you will find a huge collection of Asian Art and a rich painting collection that belongs to Dutch Golden Age. The museum also hosts the largest art history library in Amsterdam. Rijksmuseum is open between 09:00 and 17:00 every day. To reach there;

Van Gogh Museum will undoubtedly present you an incredible experience of the Dutch artist. Being the largest museum that hosts his artworks, Van Gogh Museum is a national museum that is visited by nearly 1.5 million people each year.

The museum houses more than 200 painting, and 500 drawings of Vincent Van Gogh as well as the artworks of his contemporaries. The museum building that is opened in 1973 is designed by Gerrit Rietveld and after 26 years, elliptical exhibition wing that is designed by Kisho Kurokawa opened.

The museum is open daily between 09:00 and 06:00pm and only on Fridays it is open until 10 pm. It is situated in the Museum Square and it is very close to Rijksmuseum. To have more information about how to reach there, you can visit the public transport planner of Amsterdam.

Stedelijk Museum is the contemporary and modern art museum that is located also in Museum Square, near Van Gogh Museum and Rijksmuseum. The wide collection of it includes the artworks from early 20th century up to 21st century of Vincent van Gogh, Andy Warhol, Lucio Fontana, Henri Matisse, Wassily Kandinsky, Jackson Pollock and more. The museum that is opened in 1895 was designed by Adriaan Willem Weissman in Dutch Neo-Renaissance style. Stedelijk Museum is open daily between 10:00 and 6:00 pm. Only on Thursdays, it is open until 10:00 pm.

To reach there from Amsterdam Central Station,

What to do in Amsterdam