There are so many things to see and explore in Brussels. Here are the top three places that surely deserve a visit when in Brussels. 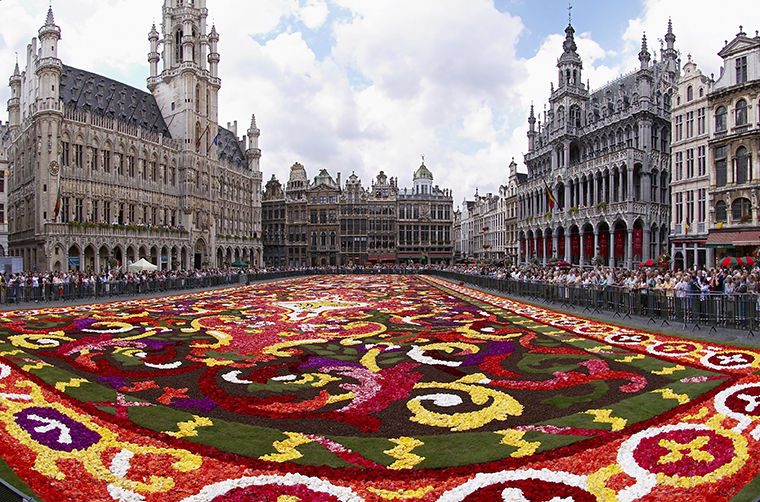 Every city in the world has got a famous boulevard or square that reflects the culture of the place. In Brussels, this is the Grand Place. Grand Place, or Grote Markt as it is called by the locals, is one of the oldest squares in the city and it can be referred as the heart of Brussels. The square includes not only some of the most iconic buildings in the city, but also a large number of stores, restaurants and museums, all of which have got a major part in creating the unique atmosphere of Brussels.

When you are in Grand Place, you will also get the chance to see one of the most beautiful buildings in Brussels; the Town Hall. It is one of the most exquisite examples of the Gothic architecture and dates back to the Middle Ages. In addition to the Town Hall, Maison du Roi, The Breadhouse in English and the Museum City of Brussels are located in the Grand Place.

The Grand Place is on the UNESCO World Heritage Site List. It is usually the most crowded part of the city, visited largely by the foreign visitors and offers an experience filled with the charming aura of Brussels.

When you visit the Grand Place, don’t forget to see the Manneken Pis, the iconic bronze statue of a little naked boy, urinating. The statute designed by Hiëronymus Duquesnoy the Elder is the unofficial icon of Brussels.

The Royal Museums of Fine Art

The Royal Museums of Fine Art in Brussels is among one of the best museums not only in Belgium, but also in the whole Europe. If you are a person who definitely includes a museum on their trips abroad, then this one must be included in your list when you are in Brussels.

The Royal Museums of Fine Art actually has got two different museums. The Museum of Ancient Art is noted for two major things; the first is that it was founded by Napoleon. The second is the exquisite display composed of the works of Flanders.

The Museum of Modern Art, which was founded in 1984 has got 8 floors, most of which are under the ground. You can admire paintings, sculptures and drawings which have been compiled from different times in the last 600 years.

The museum is also popular among the local Belgians because of the important exhibitions taking place. The official website of the Royal Museums of Fine Art gives detailed information about both these and other details that visitors may be interested in.

If you are a type of person who is into checking out more recent landmarks of a city they visit, then Atomium in Brussels is a must for you.

Atomium, which was actually constructed for Expo 58 by the engineer André Waterkeyn and architectures André and Jean Polak, is now one of the most famous attractions in the city for the visitors.

When you approach to Atomium, it is hard to not fall for the giant structure that looks like an atom. It is usually thought that there is no inside part of the Atomium however that’s not the case. The visitors can get inside, go up to the second floor on foot and then take an elevator to the top floor to enjoy one of the most scenic looks that can be seen in Brussels. There is also a restaurant on the top floor; the visitors can enjoy the specialties from the Belgium cuisine there.

You can get all the information you may need, the details about the opening times and the history of the building on the official website of the Atomium.