Must visit in Lisbon 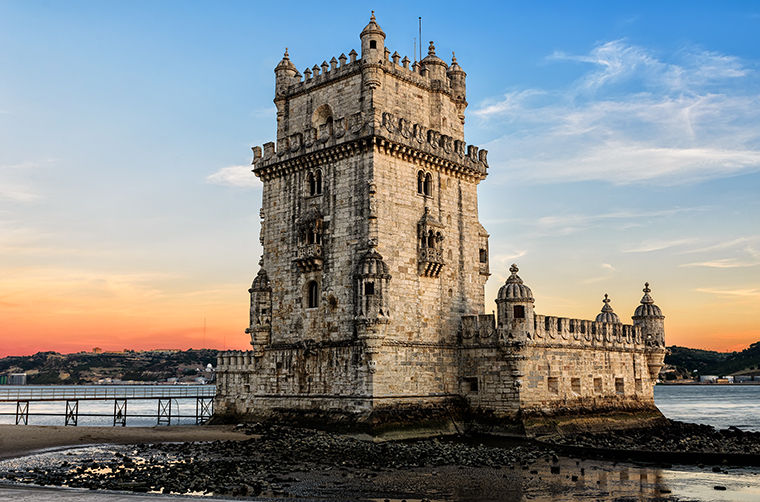 Lisbon is one the few cities in Europe that has been quite successful at keeping the historical heritage very well preserved. This is also the reason why there are literally countless places of interest exist in the city and all of them are definitely worth a visit.

However if you are short of time and will only be able to make it to the most significant ones, you can start your tour with seeing the Belem Tower. One of the most iconic buildings in Lisbon, Belem Tower served for some of the most important Portuguese maritime discoveries. It was built in the 16th century and still maintains the Manueline style architecture it was built in. The only change that took place in tower is the one on its location; though it was built right in the middle of the Tagus River, because of the Lisbon Earthquake that happened in 1755, it is now located on the shore.

Belem Tower is one of the buildings that is a UNESCO World Heritage Site. It is located in Santa Maria de Belém, the civil perish in Lisbon.

One of the most beautiful religious buildings, not only in Portugal but also in whole Europe, Jerónimos Monastery is more than 500 years old. It is one of the greatest examples of Late Gothic Manueline style of architecture and still keeps the fascinating aura it used to have; it is almost impossible not be moved by the atmosphere inside.

Today, the monastery is also known as being the home for the acclaimed Portuguese poet, Fernando Pessoa. Although he wasn’t buried there in the first place, the remains transferred there in 1985. The architecture of the monastery is claimed to have influenced the author of world famous Harry Potter series, J.K. Rowling who have described the Hogwarts’ interior as the monastery’s.

Remember: Sice Belem Tower and Jerónimos Monastery are located in the same district, it is possible to purchase a discount ticket for both of these areas.

Also known as the Monument of Discoveries is one of the most magnificent statues in the world. It is located by the Targus River, just a couple of hundreds of meters from Belem Tower. The statue conceived in 1939 is a representation of Portuguese exploration.

The monument has got 33 people sculpted, all of which have contributed to the Portuguese explorations tremendously. These 33 people’s sculptures are situated on left and right profiles of the monument. Of course, it is Henry the Navigator who is in the front middle as he is actually the most important figure of Portuguese maritime.

Although Fernando Pessoa is the unofficial icon of Lisbon, he is not the only Portuguese author who has contributed to world literature significantly. The one and only Nobel Laureate from Portugal, one of the greatest writers of all time, José Saramago foundation must be visited if you are interested in literature.

José Saramago Foundation located in Azinhaga, is a cultural private institution. The selection of José Saramago books inside include the first editions of all the translated versions in the world. In addition, you can see José Saramago’s rough copies of work, as well with his Nobel Prize and his work desk, type writer and glasses which were donated to the foundation by his wife towards whom he had deep love.

What to do in Lisbon

Must do in Lisbon

Must taste in Lisbon