A complete travel guide for Jakarta travelers. Advice and tips can be found about accommodation, restaurants, shopping spots and things to do. 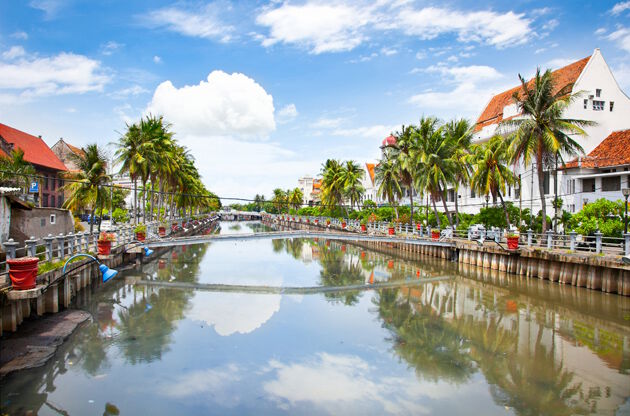 Apart from being the capital of Indonesia and a very busy city, Jakarta is also the best example of Indonesian culture and hospitality. The people living here are some of the most helpful, friendly and polite people on earth. The experience of traveling in any city in the world is always made better by the help of the locals. However, having said that, you can hope to meet all types of characters in the city since it is a melting pot of all the cultures in Indonesia.

Jakarta is a city which is almost always on the move. Being the capital city of Indonesia, Jakarta is best represented as a dynamic city and change is the only constant here. If there are midi-bus drivers who are known to be very harsh, there are also the Bajaj (auto) drivers who are always polite and well behaving. So Jakarta can also be described as the confluence of some of the most contrasting characters on earth. The traffic may be chaotic and the climate may be too hot, but the food and the hospitality of the local people will make the trip totally worth it.

The city is built on a delta and is crisscrossed by as many thirteen rivers. There are many tiny islands surrounding the city towards the north at the Bay of Jakarta. These islands are known as “Pulau Seribu” or “Thousand Islands” and serve as swimming and snorkeling spots for tourists. Towards the south of Jakarta there are mountain resorts like Bandung, Sukabumi and Bogor. Dormant volcanoes like Pangrango and Gede are situated there.

Getting in to Jakarta is very easy because it is serviced by almost all the reputed airlines. The city consists of two airports, of which one is big and the other small. The larger airport is known as the Soekarno-Hatta Airport and is located at the Banten province. The smaller airport, known as Halim Perdanakusumah airport is only meant for receiving heads of states of various countries.

Many flights from Australia and Europe land at Soekarno-Hatta airport while some others continue to Bali. Taxis are easily available outside the airport for getting to the city centre. The options include everything from regular looking taxis to shiny, black limousines. However, it is important to note here that you need to hire the taxi from the designated counter.

Things to Do in Jakarta

Jakarta is the place to be if you want to attend the best conference, seminar or meeting. Any type of gathering, whether a small one or a big corporate function, Jakarta hotels offers you the best convention organizers and conference centers. They take care of every aspect of the meeting, starting from the transportation to the main event and even sightseeing tours.

The National Monument at the Merdeka Square

The national monument of Jakarta stands in the middle of the Merdeka Square. The famed monument is famous for housing the first flag ever hoisted when Indonesia gained independence on 17th August 1945. Almost nothing is left of the flag now and it is taken out only during the Independence Day ceremony.

The flag which flies at the monument throughout the rest of the year is a replica. The monument is shaped like an obelisk and on top of it stands a flame made entirely out of bronze. The best part about visiting the National Monument is taking the lift to the base of the bronze flame for taking in the view of Jakarta.

Other popular attractions in Jakarta include:

Diversity is the word which best describes the food of Jakarta. From swanky hotels to street smart food, Jakarta offers everything. Drinks like iced coconut drinks and food items like deep fried banana are only available here.

Most of the food items in Jakarta are always served along with a plate of rice as Indonesians believe that no meal is complete without it! In local language, rice is known as “Nasi” and Indonesians swear by their love for it.

If you intend to go for some shopping at Jakarta, then you should carry extra luggage for taking them back to your country because the city has as many as 174 shopping malls. There are up-market malls as well as inexpensive ones. The most popular malls are Plaza Senayan, Plaza Indonesia and Pacific place. The only Asian outlet of Gallerie Lafayette(High-end French Store) is located at the Plaza Senayan mall. All major brands like Dolce and Gabbana, Gucci and are easily available at Jakarta.

The shopping malls of Jakarta are a visual delight for everyone as they are always glittering. Despite the increasing number of malls, Jakarta is still not known as a shopping destination. The best thing is to do some shopping on your own and find out why it is so.

Excursions and Tours in Jakarta

Going to Jakarta and not visiting Bali would be a very huge mistake. Just half a day’s of time is required for visiting the naturally beautiful Bali. You can choose to stay in a resort or visit the quaint and peaceful fishing villages. There is also the option of visiting the tiny Penyengat Island.

The island played a very important role in Indonesian history and is also a wonderful example of Dutch and Javanese architecture blended together. A flight from Jakarta to Bali takes about 1 and a half hour. If you don’t want to fly, then you can rent a car or a bike for exploring the island on your own.

What to do in Jakarta

Must do in Jakarta

Must visit in Jakarta

Must taste in Jakarta