Must visit in Hong Kong

Never dare to leave Hong Kong without paying a visit to these top 3 attraction points in the city. 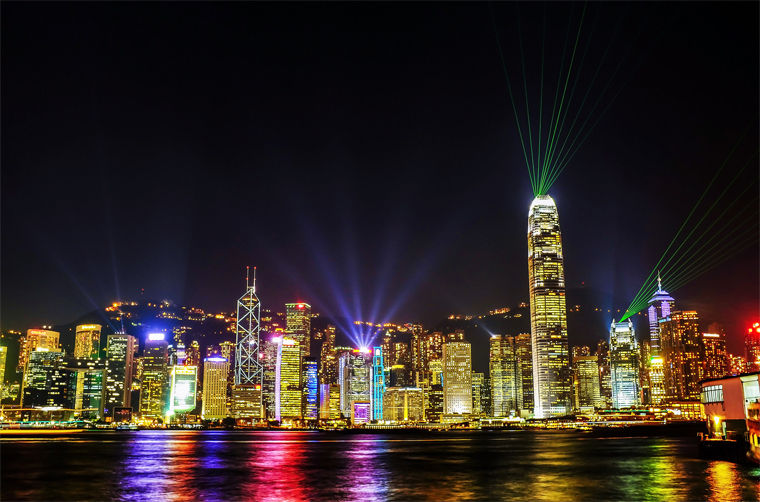 The Symphony of Lights which is confirmed as world’s largest permanent light and sound show is one of the most popular attraction in Hong Kong. This stunning show is organized by Hong Kong Tourism Board and it is displayed every night starting at 20:00. Together with the lights, pyrotechnic fireworks, an orchestration of music and the sound show also start and it turns out to be an unforgettable visual feast. The show lasts about 15 minutes.

On both sides of picturesque Victoria Harbour, more than 40 buildings are involved in the show and offers undoubtedly the greatest visual show ever. The show consists of 5 phases which are Awakening, Energy, Heritage, Partnership and Celebration. The best vantage points for the show are the ferries that run across the harbour, Tsim Sha Tsui waterfront and Golden Bauhinia Square.

If you like to watch the show in Tsim Sha Tsui Promenade, you can get on the metro to get off at Tsim Sha Tsui East Station and exit from J and follow the signs to the promenade for nearly 5 minutes. If your watching location will be Golden Bauhinia Square, you need to get off at Wah Chai Station and exit from A5. To take the skybridge to the Hong Kong Convention and Exhibition Centre. And from there you can head to the Golden Bauhinia Square.

Temple Street Night Market, as it name suggests, is a night time activity for you while you are in Hong Kong. It is the busiest flea market in the city and have numerous things to offer. This street bazaar is named after the Tin Hau Temple which is located in the center.

Temple Street Night Market not only offers you many things to buy cheaply but it is also a festival area where the visitors can enjoy the shows of Cantonese Opera or fortune tellers. What you can find in Temple Street Night Market is limitless. From menswear, to seafood or from electronics to antiques or more. The Temple Street Night Market’s most crowded time is dusk and both tourists and local people swarm into the area. There are more than hundreds of stalls and carts in the street market and prices are always negotiable like other markets in South East Asia.

Wong Tai Sin Temple, that is located on the southern side of Lion Rock, is popular with what it promises. “What you request is what you get” is its claim and it is home to 3 religions which are Taoism, Buddhism and Confucianism.

As well as its being religiously important, it is also so picturesque that thousands of people come to see its ornamented buildings and naturally beautiful setting. The temple’s structures represents the 5 elements. The Bronze Pavilion represents the metal; the Archives Hall, the wood; The Yuk Yik Fountain, the water; Yue Heung Shrine the fire and the Earth Wall, of course, represents the earth. The temple is dedicated to Wong Tai Sin, Great Immortal Wong and covers 18,000-m² area. The architectural style is traditional Chinese and red pillars and the golden roof or multi-colored carvings are the most attractive parts of the temple.

To reach there you can use MTR and get off at Wong Tai Sin Station to exit from B2. After a 3-minute walk, you’ll arrive at the temple.

What to do in Hong Kong

Must do in Hong Kong

Must taste in Hong Kong