The city of Gods and Goddesses, Athens has got so many places that deserve a visit. Here are top 3 of them! 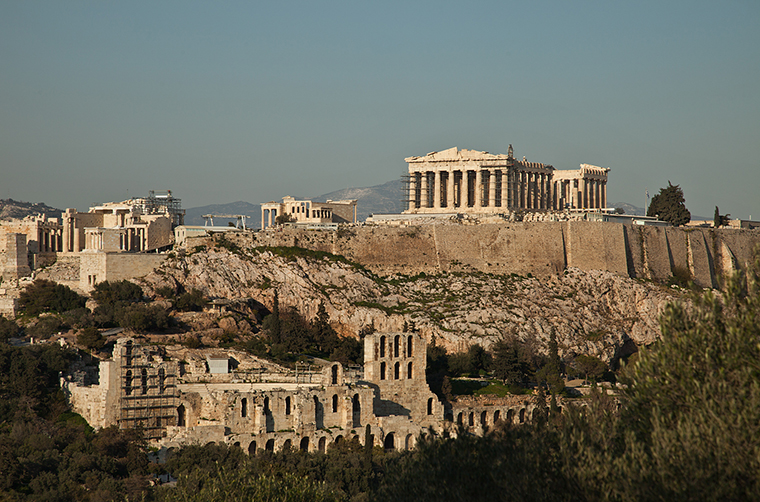 The Acropolis offers the visitors a chance to discover some of the world’s most important ancient buildings. The place has got a magical power to make you feel like you are experiencing the time and history at the same time while you are looking at the most significant architecture reminiscent. No matter if you are a traveler who is fond of history or not, The Acropolis is there to fascinate you and fill your mind with awe and questions.

There are evidence that the site has been inhabited during the 4th millennium B.C, the buildings you are going to see in the Acropolis; Parthenon, Propylaia, Erechtheion and the temple of Athena Nike are constructed in the 5 B.C by the Pericles.

The Acropolis has been used for many different purposes throughout the eras. In Hellenistic and Roman period most of the sculptures and buildings have been reconstructed and during the Byzantine, Latin and Ottoman period, it was used as the garrison headquarters of the Turkish army.

Today the Acropolis is a breathtaking place since it gives the visitors a chance to see some of the world’s oldest manmade buildings that has been used by many different nations and served many different purposes.

You may say, “What? Am I going to spend my time on seeing a stadium?” when you first see the title. But, wait. Panathenaic Stadium is not just a stadium. It is the one that was home to the very first Olympic games that started the tradition in 1896. Not only that, Panathenaic Stadium is the only stadium in the world that is built from marbles entirely.

The stadium was used to host the games which were held in the name of the Goddess Athena in the ancient times. The wooden seats had been replaced by the marble ones by the order of Lycurgus of Athens. It was Herodes Atticus who increased the number of the seats in the stadium to 50.000

Today the stadium is used for national celebrations; for example the celebrations for honoring the Greek Athletes and Greek National Football Team have been made here in 2004. There have also been times when the stadium hosted concerts in the recent years.

Coming to Athens and not seeing the temple of “Father of Gods and men” according to Greek mythology, may stay as a huge regret in your life; so don’t do that and see this. Unfortunately it is only the ruins you can today but still, what you see will give you an idea about how glorious it was once.

Syntagma Square is the place where the parliament building of Greece is today. It is a nice experience to see the guards changing place every hour. In addition, the square is in walking distance to some of the most famous districts of Athens, so you can combine your visit to Syntagma with exploring the city life of this Greek city.

If you want to feel the touch of nature in Athens, then the Ancient Agora is the place you should go to. The place is filled with trees that reflect the best shades of green. In addition, in Ancient Agora, you will also get the chance to see Temple of Hephaestus, the best preserved ancient Greek temple.

What to do in Athens