A compact travel guide for Manila, Philippines that the recommendations and the smart tips about accommodation, attractions, shopping and restaurants are listed 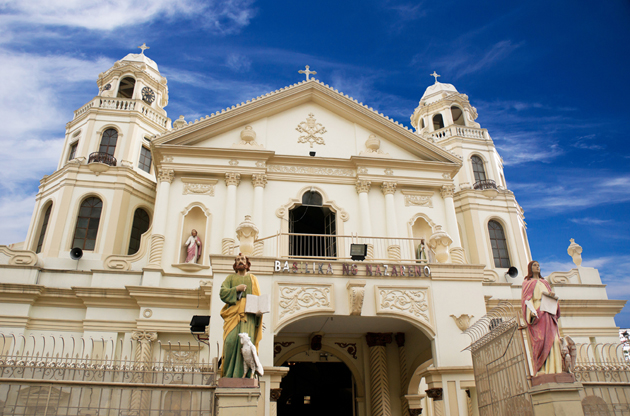 Manila is the capital city of the Philippines and it is the center of commerce, trade, media, healthcare, finance, entertainment and arts. In short, Manila is a global city. Anything that a tourist would want to see—like cultural heritage, smorgasbord, nightlife, museums, historic places, amusement parks and whatnots—they can find in Manila.

The people of Manila are friendly and hospitable; they fondly call themselves—Manileños. Most people in Manila are bilingual and they speak both English and Tagalog. The majority of people there are fluent in both oral and written English so communication is quite easy between locals and foreigners.

Not all people you find in Manila are born and bred in the area. In fact, you will find plenty of tourists and locals who hailed from the province to vacation in the big city. Further, people working in establishments may not at all be familiar with Manila because they themselves hail from the province and came to the big city to look for jobs—just an FYI.

Life in Manila is quite fast-paced as opposed to its neighboring cities and other cities of the Philippines and the traffic can be grueling.

Things to do in Manila

The Ocean Park showcases a lot of marine life where you and your family can have loads of interactive fun. You can go on a dolphin encounter, swim with manta rays, feed the penguins, get a fish spa, glass bottom boat ride or simply revel in the marvelous shows slated for the day.

Intramuros is the ancient ruins of the walled city of old Manila and was built during the Spanish period of the early 15th century. This is the oldest part of the city and you can climb the walled fort, its turrets and there are still buildings within the walls.

Not far away from Intramuros is Fort Santiago which once was a stone fortress in the 17th century. It used to be the marker of the walled city’s riverside barricade which now houses a public park and museum. It is a definite must visit place if you want to appreciate more the beauty of this city.

You do not need to be a Christian to enjoy this Cathedral since it boasts of a beautiful and archaic architecture. It’s also wondrous to note that under the altar is a crypt where former Philippine archbishops were buried.

The Malacañang Palace is home of each of the current Philippine President. It is an 18th century mansion with opulent furnishings. A portion of the Palace houses a Museum that showcases former presidents of the Philippines and other trivia.

Dining in Manila is definitely not boring. It offers a wide array of cuisines from Asian to International dishes. A huge selection of buffet places can be had at a very good price too!

Manila is never in want of clubbing, bars and nightlife. It is one of the Philippines’ city that never sleeps.

It is filled with all sorts of items from ready-to-wear, bags, shoes, wallets, toys, home goods, souvenirs and much more. You can get great value for money at this place. Items sold here are imitations.

Indubitably, if you are looking for high end brands, then head out to Greenbelt Ayala Center where you can find authentic luxury brands like Gucci, Louis Vuitton, Prada, Bulgari, Salvatorre Ferragamo and so much more. The complex also houses other affordable and local brands to choose from.

Plenty of tourists, when visiting this beautiful city, never fail to check out Mall of Asia or MOA. It’s because, it is arguably the biggest mall in Asia. It houses all sorts of entertainment, restaurants and boutiques to satiate your cravings.

Excursions and Tours in Manila

If you have the time to embark on a tour in Manila, the Bay cruise is highly recommended. You get to enjoy the peaceful and colorful sunset in Manila Bay and afterwards be pampered with delicious wine and food aboard your watercraft.

Corregidor Island is a deserted Island just off Manila Bay. It is filled with World War II relics. You can opt for a day tour or an overnight tour.

Manila hosts a wide and varied array of events year in and year out. Thanks to its high bed space in luxurious hotels and world class venues, numerous global meetings take place in Manila. Many delegates from all around the world come to this fascinating city for sector leading events like conferences, congresses, tradeshows, fairs, exhibitions and symposiums.