Flouorine days 2014 will once again suggest a prodigious and astonishing platform where miscellaneous experiences with a variety of approaches to Science, Chemistry, Biomedicine, Amino Acids And Peptides, Fluorine As A Modulator, Fluoroorganic Compounds, Enantioselective Syntheses and Fluorous Chemistry.

4th International Symposium on Organofluorine Compounds is a quadrennial(48) Symposium.

The association of the Flouorine days 2014 is University of Bordeaux.

Let Bordeaux must do attractions make you fall in love with this city when you are there for Flouorine days 2014. Here are top notch things to do in Bordeaux! 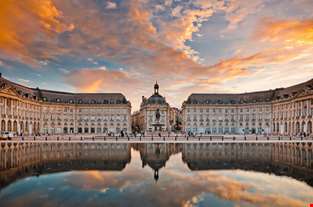 Get to know your next destination, Bordeaux, by reading about the city, it's attractions, shopping &...