Parkinson’s Australia National Conference, will be held from 27 May to 29 May 2015.

The location of the Conference is preferred as Adelaide Convention Centre in Adelaide, South Australia Australia.

Parkinsons Australia 2015, Parkinson’s Australia National Conference is among one of the most noticeable event on Medical, Genetics, Parkinson, Multidisciplinary Care and Parkinson's Disease fields.

Let Adelaide must do holiday attractions make you fall in love with this city when you are there for Parkinsons Australia 2015. Here are top notch things to do in Adelaide! 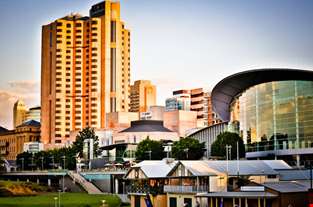