iTech Montreal 2015 will be the world"s famous meeting for presenting and achieving the latest information about Mobility and It Infrastructure.

Let Montreal must do attractions make you fall in love with this city when you are there for iTech Montreal 2015. Here are top notch things to do in Montreal! 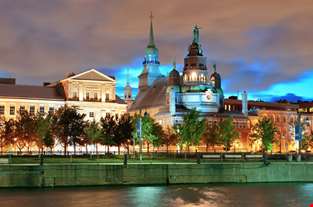