With an expanded programme covering a extensive array of ceses such as Governance and Future Government, FGSA 2013 is going to be a must-attend event.

This year more than 200 of your colleagues are coming together in Canberra, Australian Capital Territory Australia for FGSA 2013.

Let Canberra must do visitor attractions make you adore this city when you are there for FGSA 2013. Here are great things you can do in Canberra! 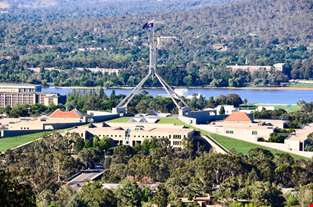