Pilgrim Center of Hope Catholic Women"s Conference, to be held from 28 Aug to 29 Aug 2015.

CWC San Antonio 2015 will be held in San Antonio, Texas USA. The Conference location is Henry B. Gonzalez Convention Center.

CWC San Antonio 2015 is definitely a stand where many extremely important areas could be reviewed. Most of these will be Women, Christianity, Religion, Spirituality and Catholic.

Pilgrim Center of Hope Catholic Women"s Conference is organized once.

Let San Antonio must do holiday attractions make you fall in love with this city when you are there for CWC San Antonio 2015. Here are top notch things to do in San Antonio! 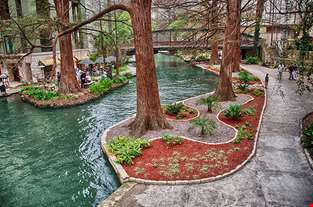 Heading to San Antonio? This travel guide is what you need. Learn more about the attractions, excurs...