Take a look at the most popular international book fairs that make a tremendous impact on the sector.
08 Nov 2016 | Sezin TUNCER | bookfairs 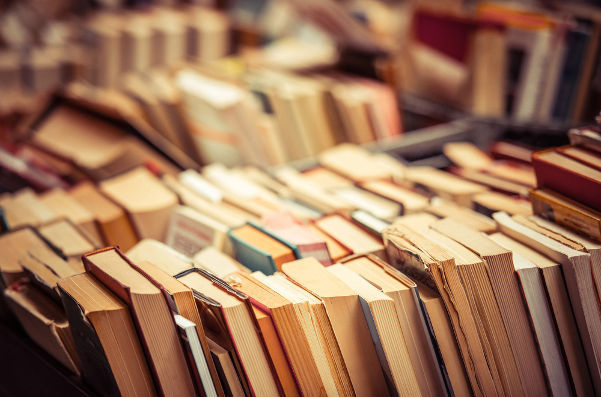 The history of book fairs goes back a long way and because they appeal a wider audience, compared to other trade shows, book fairs have a place in this sector. When you attend a book fair, you will not only meet the publishers or the authors, but also the readers which involves anyone from academicians and students to retailers or engineers or craftsmen; because books are timeless and for everyone. Every year, a remarkable number of book fairs are held all around the world and attract millions of people from every walk of life. These events below are the most popular book fairs that continuously make a tremendous impact on readers.

The most popular book fair in the world is undoubtedly Frankfurt Book Fair. The history of this fair dates back to 17th century and it’s considered as the most prestigious event in global publishing industry. Every year, some prizes are awarded including Peace Prize of the German Book Trade and Bookseller/Diagram Prize for Oddest Title of the Year. For more information about this prominent book event of the year you can visit the Wikipedia page of Frankfurt Book Fair but if you are beyond curious about this fair, be there in Messe Frankfurt and catch the next event in autumn.

Europe’s largest book fair in terms of visitors number, Turin International Book Fair has been held annually since 1988. The book fair is traditionally takes place in May in Lingotto Fiere. The event was first held in 1988 and since then, a guest of honor has been named for the fair each year. If you need more detailed information about the current Turin International Book Fair, you can visit the event page.

Sharjah International Book Fair has been held annually since 1982 and it is accepted as the 4th largest book fair in the world. It is the meeting point of more than 1000 publishing company from more than 50 countries and the visitors can find books from almost 180 languages. Several prizes are awarded each year such as “Cultural Personality of the Year”, “Award for the Best International Book” or “Publisher Recognition Award”. If you are interested in witnessing Sharjah World Book Fair, the event is held in every november in Expo Center Sharjah.

The biggest book fair in Russia and one of the biggest ones in the world is Moscow Book Fair. Since 1977, the fair has been held annually and each year a guest of honor country is welcomed to introduce their publishing industry. Moscow Book Fair appeals around 100000 visitors and more than 700 publishers.

Organized by Tuyap Fairs and Exhibitions Organization, Istanbul Book Fair is held in Tuyap Fair Convention & Congress Center in every autumn. This annual event appeals not only to Turkish readers but also to readers from near European, Eastern or Asian countries because of the matchless location of Istanbul. The fair comes with a different concept every year and receives nearly 500000 visitors annually.

Sao Paulo International Book Biennial is held in Anhembi Convention Center in every two years to bring together a widely-varied audience such as publishers, bookstores and readers from all ages. Nearly 800000 visitors comes to this fair and benefit from its highly diversified cultural program. If you don’t want to miss the next event that will shape the sector in the whole region, keep following the event page of Sao Paulo International Book Biennial.

New Delhi Book Fair is an annual event that takes place every winter at Pragati Maidan. The event is known as the oldest book fair in India and in terms of English language publications, New Delhi Book Fair comes third in Europe. For the current version of the fair, you can have more detailed information on the event page.