Made in Singapore: Kiasu 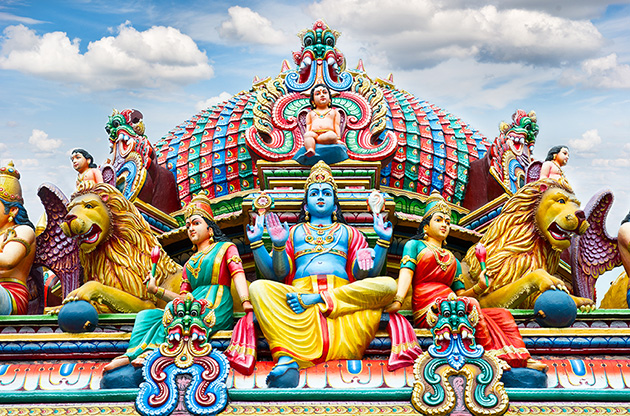 Everyone has got favorite part of the culture of the land they are travelling to. For some, this may be the food, the others may be into the traditions, whereas some like to discover the history that shaped the land up until today.

For me it is always the language. To be more accurate, the words in the language that symbolizes something special for that country and hard to be translated or to be explained accurately. The words that truly represents the society of the country.

For example, if you spend more than 3 weeks in Sweden, you’ll grasp the word ‘lagom’, which means adequate, enough in English, without even noticing. Swedish people’s attitude towards life can be defined with this word (I am not saying that, my experience of living there for a year does). They don’t want, like, ask much or less, they just do enough.

Russia and Portugal are the two countries that I know to have special words for different things in their language. These words stand for the feelings which can be seen commonly in people who are from there.

Let me introduce you to the one which is unique to Singapore. Kiasu is a Singlish word derived from Chinese & Hokkien and has a meaning close to ‘fear of losing the best’ or ‘anxiety caused by the fear of losing an opportunity’. What makes Kiasu of Singapore different than the unique words of the other languages’ (other than its meaning of course) is the increased reputation of being something ‘rude’ or ‘uncool’.

Now you may think, ‘is there anyone out who’s not afraid of losing the best?’ The feeling we talk about when we put Kaisu-ism on the stage, may come from not being able to get a seat on the bus or losing a few more minutes on the red light just because letting the car on right go first.

You may encounter another example of Kiasu-ism in Singapore at a restaurant that has a buffet style menu. The fright of not getting enough food may cause a tension among the Singaporeans. What happens next is pretty much predictable: they prefer to take much more than they can eat, just in case there’ll be none left if they want to have more.

This is what Kiasu stands for in Singapore. The thing which is being discussed nowadays is the attitude of people which is a reflection of the life style depending on this very unique motto. As Singapore is a hub for international meetings and visited by millions of people every year, the authorities even consider taking some action to temper Kiasu-ism both for the locals and the visitors.

Although it is being debated a lot in Singapore, I believe, trying to understand the reason behind Kiasu will turn it into an ‘interesting attitude of the Singaporeans, a part of their culture’ rather than considering it as something that should be dealt with professionally and handled as soon as possible.

In addition, when you go to Singapore, you may not even have time to observe this whole Kiasu-ism thing because the locals are actually really nice and they are one of the most welcoming nations in the world.

Besides, even if you encounter such a behavior in Singapore, I think you shouldn’t miss the chance to understand this little door that opens to the culture of the Singaporeans. No matter what your purpose of travelling is and how long you are going to stay there, your most priceless memory will be traces of culture and traditions you get the chance to experience in another country.