How to Avoid These 8 Tourist Scams on Business Trips

You don't want your trip to be ruined by a tourist scam, do you? Here are some of the most common tourist traps and tips on how to avoid them.
13 Jan 2015 | Birce Altay | touristscams, travel 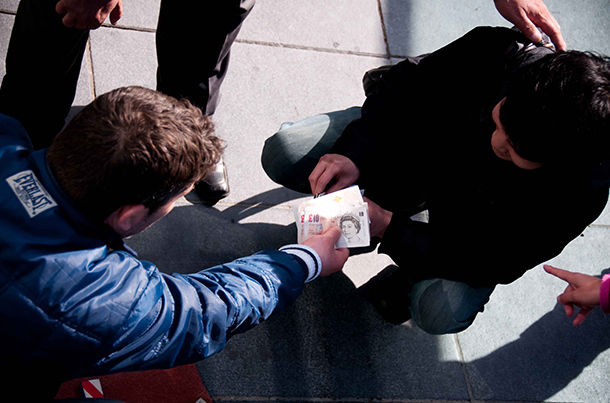 If you are traveling constantly for business, you know how hard it is to find some free time to enjoy your destination. Since the first objective of your journey is to attend a conference, congress or participate in the trade show or fair, doing a bit of research about the city you’ll travel to is usually undermined.

Though being prepared for the free time that may come along is more preferable, this of course, is something that can be handled easily as long as you have an internet connection. A Google search or Eventegg’s rich travel guides alone will give you all you want to know about your destination’s best places to eat, must see places of interest and the best spots to shop.

However, knowing what to eat and where to eat it as well with the names of the major attractions, or the metro line that’ll take you there may not be enough. Unfortunately, tourist scams that may ruin the entire trip for people are still in popular almost every city. These hard to recognize games played on the visitors can be annoying especially for the business travelers who can hardly find some extra time to get to know the city they are in.

Still, the best way to avoid these tourist scams is to know about them in advance. Of course, the chance for your travel to be safe and sound is always high and you will most likely be lucky enough not to be victim of any of these; but still, it is best to be prepared by reading about them than to be sorry later.

Here are the most common tourist scams in major cities of the world.

People Creating a Distraction and Stealing Your Wallet

This is one of the most common type of tourist scams that can be seen in almost every city in the world. The usual scenario goes like this: someone approaches you, spills something on you trying to make it look like it was all accidental and then help you to clean yourself. While you are thinking what a kind person that is, their wingman will approach you (from a direction out of your sight) and will take your wallet while you are busy with cleaning yourself.

Another common example of this includes the argument of a young couple on the street. You may expect the man to be rather abusive in order to make sure someone interrupts. Of course, you may want to separate and even make sure the girl is not hurt, but this may cost you your wallet or cell phone, since the rest of the scam team is waiting for you to be a part of the chaos.

Of course, you cannot suspect from these seemingly normal behaviors but just keep in mind that your humanity and common sense may turn you into a great victim to rip off. Don’t put your wallet in you jacket’s or pants’ pocket and make sure your bag is zipped all time.

Even when you are in your hometown but will travel to another district of the city by cab, you feel that hesitation, don’t you? “The driver will take me there by using the longest way possible since I have no idea how to get there.” Well, this is the perfect situation for most of the cab drivers abroad who realize that you are not local. Since you have no idea about the shortcuts or the boulevard names you should be passing, they have the call to make on which way to take you from. In some countries they even pretend not to understand you so that you can agree on the final price by giving up the argument. In some others, they can ask for tips.

Thanks to the internet and the maps we have in our smartphones, it is not hard to calculate the miles we will be traveling and see the possible routes to follow. There are even local applications for smartphones and they calculate the destination and giving you an estimated fee. Showing these to the driver and making him aware that you have an idea about the route and the price, may halt him on cheating you. In addition, make sure you have the written address of the place you will go to in the countries whose alphabet is not in Latin letters.

Okay, this is probably the one that you should be the most careful about when you are traveling. Usually, it has got two different patterns.

The first one includes a man who plays interesting games, such as cup and coin or making some magical tricks right on the street and watched by a large crowd (you’ll never know they are the team mates of the scammer) Then you’ll be attracted and want to check out what is going on and the moment you start watching, the most surprising part of the show will take place and it will cost you your wallet. Make sure, once again, that your wallet is not in an easily reachable place.

The second one usually includes a fortune teller or a mystical person who does some tricks with playing cards. A friend of mine who lost a smart phone after this one (plus, she had to pay the unbelievable phone bill that came after the trip) summarizes it like this; you are sitting at a table outside, a man approaches and puts the cards on the table and starts the show even without asking. You are so into the cards and what he is going to do next so you forget about your phone laying on the table. Once the man is done with the trick, he takes the cards from the table; with your phone.

Now you know what to do: never ever put your valuables on the table; can be very inviting for the scammers!

You may think I am exaggerating, but believe me I am not. Especially in some Asian countries as well with some South American ones, there are people who are wearing fake uniforms and pretend to be officers. Once they are fully convinced that you are a tourist, they approach you and ask to see your visa and passport, saying that there has been a problem in the customs recently. If you were given 5 minutes to think about this you may agree that it doesn’t make sense but in that brief moment you don’t question it. You hand your passport and usually the officers says there is a problem regarding your visa but it can be solved if you pay him some amount of money. Right there, right then. Unfortunately the number of people who fall for this one is more than to be considered to be a few.

Don’t forget, you can always ask for the policeman to show his ID.

These are the most common types of scams which can be encountered (hopefully not) in every city in the world. However, one may only be so naïve to think these are the only ones. Some other common scams include:

The Incredible Bargain: If you are buying rugs or gems for example, the price you hear at first and the price you are asked to pay will probably have got a huge difference to make you feel you are making a great bargain. If this is the case, you are probably buying some fake products. Be alert!

The Very Helpful Photographers: If you are a solo traveler or a couple, you will be bombarded with people who will be eager to help you with taking pictures that includes you, too. Of course, not all of these necessarily be scammers who will ask for the service they provide (?) after taking your picture or run away with your camera, but sticking with a selfie stick seems a better way for now.

The Map Seller: This one is pure evil. Not only because scammers aim to steal your valuables from you but they also steal your time. In most cases, they approach you holding a bunch of maps in their hands for a perfectly good price and you think it won’t hurt to have a map. When you open the map, you notice some marked areas with red and eventually think they are the places that deserve a visit. However, those places are where the friends of the scammers are waiting to pickpocket you actually. Don’t fall for that.

The Irresistible Flirt: Okay, in this one you have to decide if this is a scam or not. Because people can be attracted to you and want to flirt with you and we don’t want you to say no just because of this blog post. However, the scam edition of flirting usually includes 3 steps: approaching you, asking you to go another place together (usually a splurge one) and then ordering loads of food and alcohol; with being you the payer.

As mentioned before, you may not encounter any of these and hopefully you won’t, however that doesn’t mean these don’t exist. Unfortunately hundreds of people are fooled by these and lose all the excitement of the journey because of the lost money or lost travel documents. Keeping these in mind and be prepared for them, on the other hand, is easy and stress free! Bon voyage!