9 Best Internet of Things Events of 2015

IoT will be the most discussed topic in near future. If you like to keep up with the recent developments, here’re the best 9 Internet of Things events of 2015.
05 Nov 2014 | Sezin TUNCER | iot, internetofthings 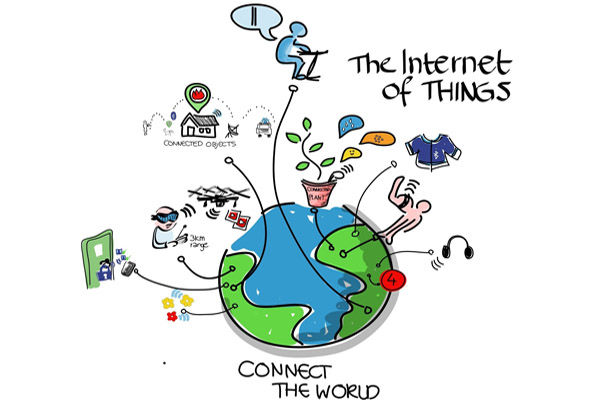 Are you content with the current technology to live a comfortable-enough life? Or are you still in need of more? Actually, although I was kind of a person who wasn’t even able to understand how a printer could print documents, now I’m in need of more and more technology in my life like everyone else. However, the current technology will be a drop in the ocean (thank God that drop is internet) in nearly 10 years and both the people and the earth will benefit from it. What I’m talking about is Internet of Things.

In 1999, when Kevin Ashton, a technology leader, introduced the term “Internet of Things”, even the internet was pretty new for the people and this term normally didn’t ring a bell for most of the people. However, in our day, as internet is far more than just a “computer connection”, Internet of Things make much more sense to us.

What is Internet of Things?

In a simple definition, it means that everything will have an internet connection from books to cows. These things are limited with our imagination and in a very near future, we’ll see that the clothes, the tables, the buttons of our shirts and even people will have an internet connection to process data and have an interconnection among them. When these things are connected to each other, they will make an intelligent system. Through this system, they will be able to share data and analyze it and they will take action accordingly. For example your alarm clock will know when you will wake up and send this data to your coffee machine to make your coffee ready by that time. Or when you are home alone and have a heart attack, the nearest health care provider will be notified and they will come to you immediately.

In other words, the intelligent devices will analyze the possibilities and the current situation to create a compatible scenario. “The things that were silent will now have a voice” as Dave Evans, a futurist, describes it. And his infographic about Internet of Things offers really comprehensible information.

IoT will be used in everywhere in our lives such as city transportation, industry, education, energy generation and will transform and improve our lives and the world in countless ways. According to Cisco’s report, in 2020, 50 billion of things will be connected to internet. To make a comparison, only %1 is connected to internet in our day.

Internet of Things (IoT) will be one of the most discussed topics in the following days and if you like to keep up with the recent developments in this field, here’re the best 9 Internet of Things events of 2015.

This IDTechEx event will be held in Berlin on 28-29 April 2015 and claims that it will not cover unrealistic dreams but will address the case studies, profitability, business models and actions. For the ones who are interested in new business opportunities and the new business models, Internet of Things Applications Europe 2015 will broaden the horizons.

Internet of Things World 2015 is held annually and this year it will take place in San Francisco in May. Sponsored by the technology leaders like Oracle, Marvell and Intel, Internet of Things World 2015 is expecting more than 4000 attendees and 250 speakers. If you like to be one of them to reshape the future, don’t miss this sector leading event.

This one day event that will be held in Mountain View, California in on 18 June 2015. If you are interested in how the internet of things will transform the product lifecycle or the privacy needs of this new inter-connected world, there is so much thing that Internet of Things Privacy Summit will offer to you.

If you like to learn more about M2M methods, smart objects, software and security infrastructure, ultra-low power microcontrollers, connectivity protocols and the cloud technology, IoT Devcon will be waiting for you in Santa Clara on 6-7 May.

By 2020 the Internet of Things adoption is predicted to grow to 57.96 billion dollars in Asia Pacific and IoT Asia has been organized annually to meet the needs of fast-growing IoT industry. Expecting nearly 2000 people, The IoT Asia will be held in Singapore on 8-9 April.

Internet of Things Event that will take place in Eindhoven on 2 June to offer you more insight about connected devices, wearable devices, big data, cloud technology and the other technologies that are expected from the future.