8 Must Attend SEO Conferences of 2014

Looking for a SEO conference to catch up with the freshest of happenings? Here are 8 of them.
15 Apr 2014 | Birce Altay | seoconferences, seo, searchmarketing 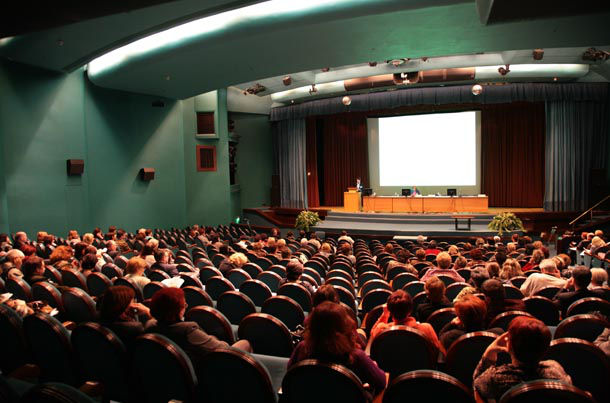 There used to be a time when we were a bit reluctant about internet and being online as a concept, wasn’t there? Would we actually believe if someone told us that internet wasn’t there to stay but become an indispensable part of our lives? Even if we would say okay to that one, who would know internet was going to change the way business is carried out?

I think it would be right to say internet is the main medium for every branch of business that wants to reach out a wider audience and be successful on what they do. This magical world of course has got its own backbones, such as Search Engine Optimization, which must be known and applied to be mentioned in the group of the winners. You must be catching the freshest updates and keep an eye on details, share experience and be open to change.

In order to do so, I have compiled the 7 Must Attend SEO Conferences for you to choose from. All of these conferences will provide you the latest happenings in the field of SEO and online marketing. Some of them will be hosting some of the most important people in the field and some will provide you with the greatest opportunity to meet like-wise minds and to network.

The ultimate guide of SEO for quite a lot of people, Moz is going to have the annual MozCon in 2014 again. It is going to be held in Seattle, Washington, United States of America, on 14-16 June 2014. The speakers, who are experts in their field and some of the most important names in the world of Internet will be taking their part during this one of the most innovative conferences ever. Eventegg gives all the needed information about MozCon, if you are interested as a prospect attendee.

Brighton SEO is a biannual event that is organized in, guess where, Brighton, UK. Brighton SEO is one of the most influential events in the field of SEO since the workshops included in this one day conference give the attendees the chance to experience and learn what they have to know specifically targeted on their interest. The most recent Brighton SEO is going to be held on 24 April 2014. Kelvin Newman, Dixon Jones and Mat Morrison are among the speakers who are going to contribute to the prospect success of the event. Keep on reading the details of Brighton SEO on Eventegg.

Search Marketing Expo is one of the most famous events in the field. It is organized in different cities in the world and acts as a hub for both SEO Gurus and people who want to catch up with the latest happenings in the field. Search Marketing Expo 2014 is going to start this year’s conferences in London, on May 13-14 and going to be held in other 7 cities throughout the year. After the London edition, the most recent ones are SMX France and SMX Australia.

Pronounced as Click-Zee, just the same as Jay Z, is one of the other series of SEO and online marketing conferences that focus on the most recent developments and tactics that attendees must take the advantage of. The most recent of ClickZ is going to be held in Toronto, on 14-16 May 2014. The ClickZ Shanghai is going to be one of the biggest versions of the conference, just like ClickZ New York, which was held on 31 March-3 April 2014. ClickZ gives you the chance to become a speaker in one of the conferences if you are interested. Continue to read about ClickZ 2014 to get more information about the registration process.

Pubcon is also among the world’s most leading online marketing conferences that gives a big focus on SEO. Pubcon has organized 3 conferences, all of which are to be held in the Unites States of America. 2 of these conferences, the New Orleans and Austin have been great success, guaranteeing the same for the Las Vegas one that will be held on 6-9 October 2014. Don't miss Pubcon 2014; read more to find the details of this one of a kind event.

Distilled is one of the most successful online marketing agencies and it organizes a great conference that eventually becomes a meeting point for some of the most influential names in the field and online and search marketing enthusiast. You can choose from 2 of the upcoming SearchLove 2014; on 11-12 September 2014, SearchLove will be in San Diego and 17-18 October 2014, in London. If you are interested, keep reading the details of SearchLove 2014.

SMX Advanced Seattle is designed for experienced online and search marketers. The ongoing challenges about the current issues as well with the latest tactics and improvements are going to be discussed throughout the conference. What is more, one of the keynote speakers of SMX Advanced 2014 is someone who can be considered as the trend setter of the whole SEO world: Matt Cutts, head of Google’s Web Spam Team. Go on and have a look at the details of the amazing SMX Advanced 2014.

SearchFest is one of the must attend conferences for the ones who are interested in SEO, online and search marketing. The hands on workshops and informative sessions of the expert speakers guarantee satisfaction. SearchFest creates a unique atmosphere for the attendees to network efficiently and ask questions, exchange ideas and experience. The 2013 version was a huge success, followed by the even bigger one in 2014, that was held February 28, Portland, Oregon. Keep an eye on the 2015 version if you want to be a part of that innovative crowd. Meanwhile, you can have a look at the details of the SearchFest 2014.