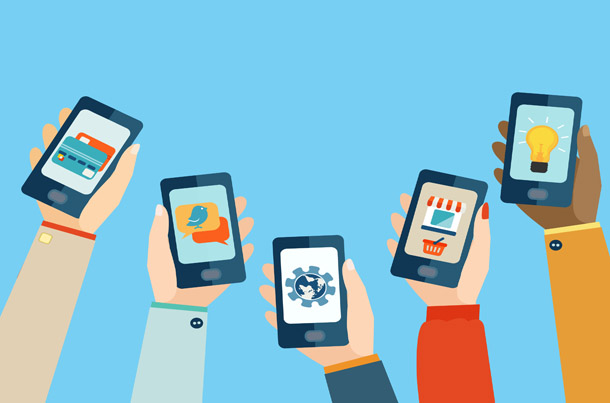 Most of the people have mixed feelings about their smart phones. I know that because I am actually one of those who will never be able to find a way out from this dilemma.

I really like the magical moment when I Shazam the song that was playing in the supermarket while I was shopping or when I am able to pay my electricity bill with just 3 simple clicks, even without having to leave my bed in the morning.

On the other hand, being constantly ‘online’ and this much ‘accessible’ bore and freak me out from time to time and I find myself turning off my iPhone at least 2 times a month (which eventually causes me to reply hundreds of mails and return to the calls I missed when all I wanted was to give rest to my index finger for a couple of hours.)

However, one must simply admit that these smart phones and tablets are the ultimate best friends of a person who travels. In addition to their capability of making you keep in touch while you are on the go, the apps specially designed for the wanderlusts minimize the possible risks, doubts and the feeling of not knowing.

Here are the top 13 travel apps that you will be glad to having them with you while you on a business trip.

Viber is a great app to keep in touch with your family and friends while you are away. As long as you have a stable internet connection, you can make direct online calls. It is also a great way to run away from the shocking phone bills which are usual after trips abroad.

Tripit is an all in one travel app. It builds your itinerary which can be accessed both on your mobile device and on web. You don't need to worry about remembering the small but vital details of your travel anymore, Tripit is there to do it for you.

With XE Currency, you don’t need to worry about the confusing calculations among different currencies. The app converts 180 currencies in total.

Expensify keeps an eye on your wallet while you are on the go. The app keeps track of your purchases or creates reports of expanses while you are travelling. No more questions like, 'where did all the money go?'. No, the money will still go but at least you'll know where it went.

Word Lens is a translator you can use when you are confused with all the signs along the street which are written in the language of the country you are visiting. It may be a life saver actually.

My Fitness Pal is a great app if you want to watch your calorie intake while you are tasting the unique dishes of the country you are travelling to. In addition, with the exercise programs it has, you have the chance to keep up with your work out routine.

That’d be unfair to refer Mynd as a calendar because it is simply a lot more than that. Mynd syncs with real time traffic data and tells you when to set out in order not to be late for your meeting. You can also connect Mynd with your LinkedIn and Evernote to get the most out of the app.

Later Edit: Mynd Calender has been shut down and is no longer in use.

How many people do you meet during a business trip? Is it 10? Maybe more than that. Thanks to CardMunch, now there is a great way to keep track of all those business cards we collect during the trips. Just scan the cards and see the card and the information on added to your contacts.

If you are traveling to United States or Canada, GateGuru is going to be your guide in the airport you will be catching your flight from or land in. From the nearest ATM to the restaurant that has been chosen as the best by the visitors, GateGuru provides you with all you may need.

Quickoffice is actually one of the most essential apps for business travelers who produce documents with Microsoft Word. There is no need to worry about the last minute reviews or edits, they are now easy to do with Quickoffice in your pocket.

Later Edit: Ouickoffice has been integrated into Google Docs, Sheets and Slides apps and it is removed from App Store and Google Play.

Award Wallet is going to be your electronic friend who keeps track of your loyalty programs. Say goodbye to the times when your miles expired before you knew they were enough for your next trip, for example.

Our beloved friend, the one that remembers everything Evernote is one of the ultimate apps for almost everyone who wants to keep it organized. Evernote can be synced with multiple other apps while enabling a way to reach your notes from various platforms.