Make a change in your way of getting ready for your next trip. Put the travel guides aside, read a book that is set in your next destination!
13 Mar 2014 | Birce Altay | books, traveling, bookssetincities 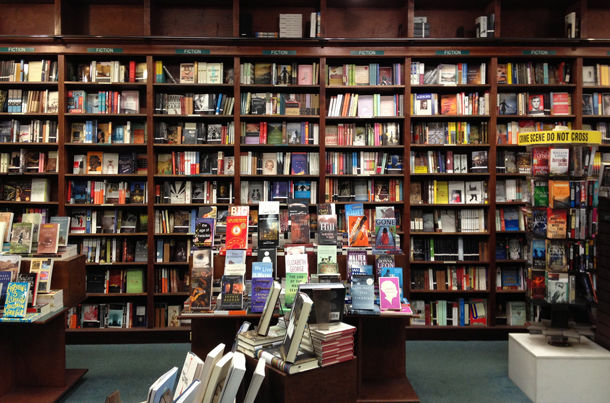 There are a bunch of ways to get ready for your next travel once you are done with all the planning. Some prefer to go online and check the ways of reaching to their hotel from the airport. The ones who are into the gastronomical side of the city they are travelling to do the same to discover the best restaurant there. There are also people who rush to make the list of the museums to be visited in their next destination.

However, I am pretty sure there are people like me who think the most important thing about a city is the way of living there. I find it fascinating to observe the locals while they are going to work, chatting in cafe or hanging out with their friends and family. These eventually bring the questions such as ‘what kind of a history lies here?’ or ‘why the way of living is shaped the way it is today?’

I believe, to find the answers of these questions, the best way is to read about your destinations. I am not talking about making a city guide like reading; what I mean is to read books that are set there. Whether they are written in back at the time or recently, there is nothing better than a book to say about a city, the atmosphere surrounding it now and then.

If we agree on this one, join me to discover some of the best books that are set in 13 fascinating cities in the world. If there are any you haven’t read yet, then it means you now know which book you are taking with you on your next trip.

If you are on your way to Prague, you can read Ivan Klima’s, an underrated Czech literary gem, No Saints or Angels. A contemporary Prague is portrayed in the novel which tells the story of 40 years old divorced Krystina and her rebellious daughter Jana.

J. M. Coetzee, the Nobel Prize Laureate South African novelist and linguist, tells the story of a communications and Romantic Poetry professor, David Lurie in his book Disgrace. As the novel is set in the post-apartheid, it reflects a lot about the period.

Let me start by accepting to be writing a biased recommendation for Tokyo. But I also have to say that being a fan of Haruki Murakami and recommending his books has never let me down.

1Q84 is the trilogy that is based in 1984’s Tokyo. Murakami’s exceptional talent on setting knitting and character creating may cause you to lose the sense of reality while you are reading. Don’t be afraid by the 925 pages; you will never know how time passes while reading.

4. Paris – The Life Before Us, Romain Gary

Romain Gary introduces you another face of Paris, not as elegant and shiny as you would thought, while telling the story of Momo, 13 years old boy adopted by Madame Rosa, an Auschwitz survivor. The Life Before Us is a great example of how a story can both be heartwarming and breaking.

Let one of the most controversial novelists and play writers of Sweden, August Strindberg take you 1870’s Stockholm, while establishing a strong social commentary while telling the story of young artists who are trying to achieve things in life.

Book of Clouds is a book that tells the story of Mexican immigrant Tatiana. Through Tatiana’s job in which she types the monologues of an elderly historian, the readers are presented with aspects of Berlin’s recent history and the events that took place there.

Juan Gabriel Vásquez, who is thought to be one of the most influential writers of South America, tells the story of Antonio Yammara who reads an article about a hippo that escaped from a zoo, once owned by Pablo Escobar. He has no idea about what article would remind him of and the things he is about to discover.

This is not the most famous book of the Nobel Laureate Orhan Pamuk, but it is probably the best one that tells this much about the iconic Istanbul. Disguised as a detective story, The Black Book invites you to be a part of Galip’s, a lawyer whose wife has disappeared, life.

If you are into Roman history, de Camp will fascinate you with the fantasy in which a history professor travels in time to Rome of 6th century. Plus, the novel is known to be quite funny one.

10. New York – A Freewheelin’ Time: Greenwich Village in the 60’s, Bob Dylan and Me, Suze Rotolo

Suze Rotolo tells about the 1960’s Greenwich Village, the time when folk music was about to explode there. In addition, she tells her companionship with Bob Dylan in such a great way that you cannot imagining the scenes you read.

11. Barcelona – The Color of a Running Dog Away, Richard Gwyn

The story of Lucas, a former musician living in Barcelona, promises an enjoyable reading. In addition, the success of Richard Gwyn’s in setting the plot is amazing; your curiosity will never vanish while reading.

Utopian Man, co-winner of the 2009 Australian/Vogel Literary Award, is one of the books that has the best depiction of Melbourne. The main character, Edward Cole’s story guarantees an evocative read.

Consolation is probably one of the best readings you can make about Toronto since both early and late times of the city. The mysterious bound between the two narratives, David Hollis and Jem Hallam will take you in as you flip the pages.