Attend at least of these events and shine in the game industry! 10 sector-leading game events of 2014 that will inspire you the most are here.
06 May 2014 | Sezin TUNCER | gameexpo, gamedesign 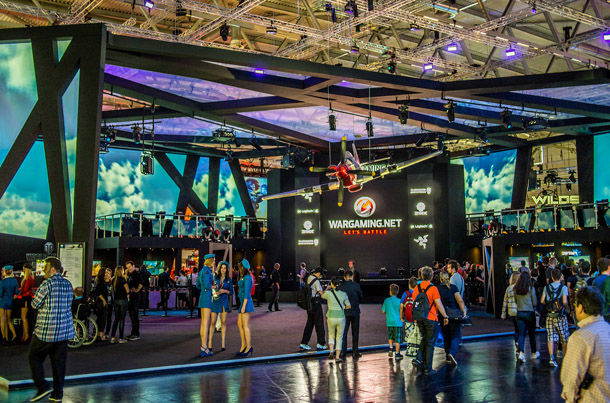 As a 90s kid, the oldest computer game I can remember was Snoopy that I was playing on Commodore 64. From those days on, many things changed in the name of digital gaming and today we’re playing really amazing games on our smart phones, tablets, computers or video game consoles. We just tap our finger to the screen to jump in the play or just raise our arms in front of a TV screen to shoot a ball with a racket! This being the case, digital gaming became one of the most important sector of our day. So if you are a game developer, a graphic designer, a publisher or simply a game addict, here are 10 biggest game conferences of 2014 that will lighten your way in digital gaming. Let’s hit the play!

DevGamm 2014 that will be held in Moscow in May will be a great opportunity both for the game developers and publishers to network with representatives of game industry and catch up with the recent advancements in the sector.

A highly renowned game conference Cloud Gaming will host the most reputable brands like Sega, Warner Bros, Nintendo, Sony Playstation, Facebook, Nvidia and so more. If you are interested in witnessing such a big event in this sector and getting to know about the future of the game industry, don’t forget to secure your seat there!

If you think you have seen everything in the name of gaming, visit Gamescom in Cologne which is the greatest trade fair for entertainment and interactive games and let it surprise you. Test the recent games before everyone else and get lost in the games community’s highlight of the year.

Games for Change Europe is an organization that is founded in 2013 to support the growing curiosity about in social impact games all over the Europe. With their partners from the game industry, Games for Change Europe also offers business opportunities for direct investment into new projects in international markets. Attending this event will definitely open new doors to you.

Too Many Games, Philadelphia

Too Many Games is founded by a game addict, Christie Anne and now is ready to inspire and entertain console, PC, arcade, board, card or handheld gamers. As a plus, a really diverse marketplace, concerts, video game tournaments as well as panels will be waiting for you!

Being organized by Digital Media Wire biannually, DMW NY Games offers a great opportunity for game industry leaders to get together and discuss the current state of the industry. If you are also into catching up with the advancements and the future of gaming universe, don’t hesitate to attend to this conference.

A game festival that will be held in Zurich on September, Ludicious 2014 is organizing an international money prize competition along with the workshops, conferences and exhibitions. If you believe that you are the one who deserves this €15000 prize or you are just into the highly beneficial talks and activities, don’t wait to add Ludicious to your calendar!

What you will find in one of the leading event in the game industry, Game Expo Dubai, are video, mobile and online games, edutainment and infotainment software, next generation platforms and more! If you work in this sector, or if you are just a game addict, Game Expo Dubai will give you more than you expect.

Bringing the game publishers, developers and game fans together, Pax Australia 2014 shouldn’t be considered just an ordinary expo. Interactive activities, freeplays, tournaments, talks, concerts and seminars will be offered to you and the inspiration you will get is limitless.